Class Action Suits, A Way To Balance The Budget? 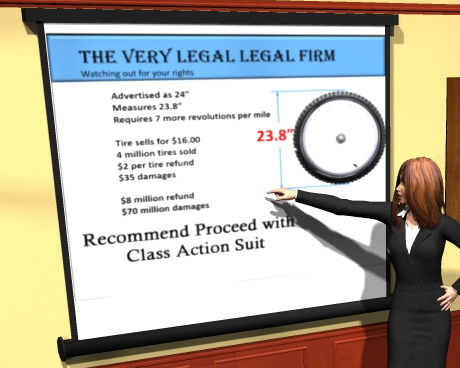 The odds are strong you’ve been a client in a class action suit. You might never know you were involved in one. Maybe more than one, I know I’ve been represented in several. It seems the moment you buy something, you’re automatically included in a class action suit. Many of the lawyers representing my interests must have been very good because I’ve been awarded a number of discount coupons as a result of various settlements. Some of them were as high as $20, if I made a $400 purchase.

Never mind that in order to get my coupon I had to come up with proof of my original purchase, give my name, address, a valid email address and sign away all future rights. I’ve never quite understood how they were able to include me in their class action suit but seem to have completely forgotten everything about me in the settlement. You would think they were gathering names for mailing lists.

Come to think about it, I could probably get better discounts just by cutting out the lawyer middlemen and signing up on a few mailing lists. I’d retain more rights too.

I’ve even opted out of a few class action suits. It wasn’t that I thought I could get a better deal if I represented myself, I only did it to annoy the lawyers and cut their take by a small amount. That is, I did until the lawyers got smart and made you really have to work to opt out. 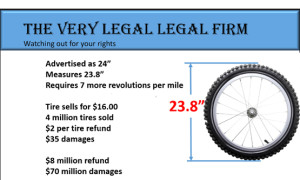 In the example I made up for this discussion, the law firm wants to sue the bicycle tire manufacturer because the tires were advertised as 24 inches, and they are actually only 23.8 inches. Since the tires only sell for $16 each, the law firm can’t make any money with only one client. If they can convince the judge they represent two million clients with two tires each, the law firm stands to make a significant amount of money, in addition to their standard fees.

The only winners most class action suits are the law firms. Whatever discounts the consumers are given are offset by the companies raising their prices to pay the lawyers in the settlement. This is all justified because the companies are duly punished for their heinous crimes against humanity and will change their wicked ways.

You might have the impression I hate class action suits and you would be right. As much as I hate them, I also believe that they are a necessary evil. Maybe with just a few changes in the rules everyone can benefit.

Consider this, we really don’t need any more discount coupons. The cost to validate and distribute the discount coupons is probably higher than the value of the coupons. Lets just do away with that part. Unless the compensation is greater than $897 per person, just give the money directly to the US Government. (In case you wondered, I’m using the IRS method of setting arbitrary dollar amounts as thresholds.)

This puts the law firm working for the US Government. With the Government’s skills in setting doctor fees in Medicare, the lawyer fees are going to drop dramatically. We still want to punish the evildoers that say 23.8 inchs is 24 inches by encouraging punitive damages. The lawyers still need incentive so we give them 12.2 percent (IRS method again) of the punitive damages and give the rest to the US Treasury.

Lower lawyer fees, more money in the treasury, punishment for the evildoers, this could work. Wake up your Congressman, this could help our budget and it’s certainly more feasible than some of the ideas they’ve come up with. 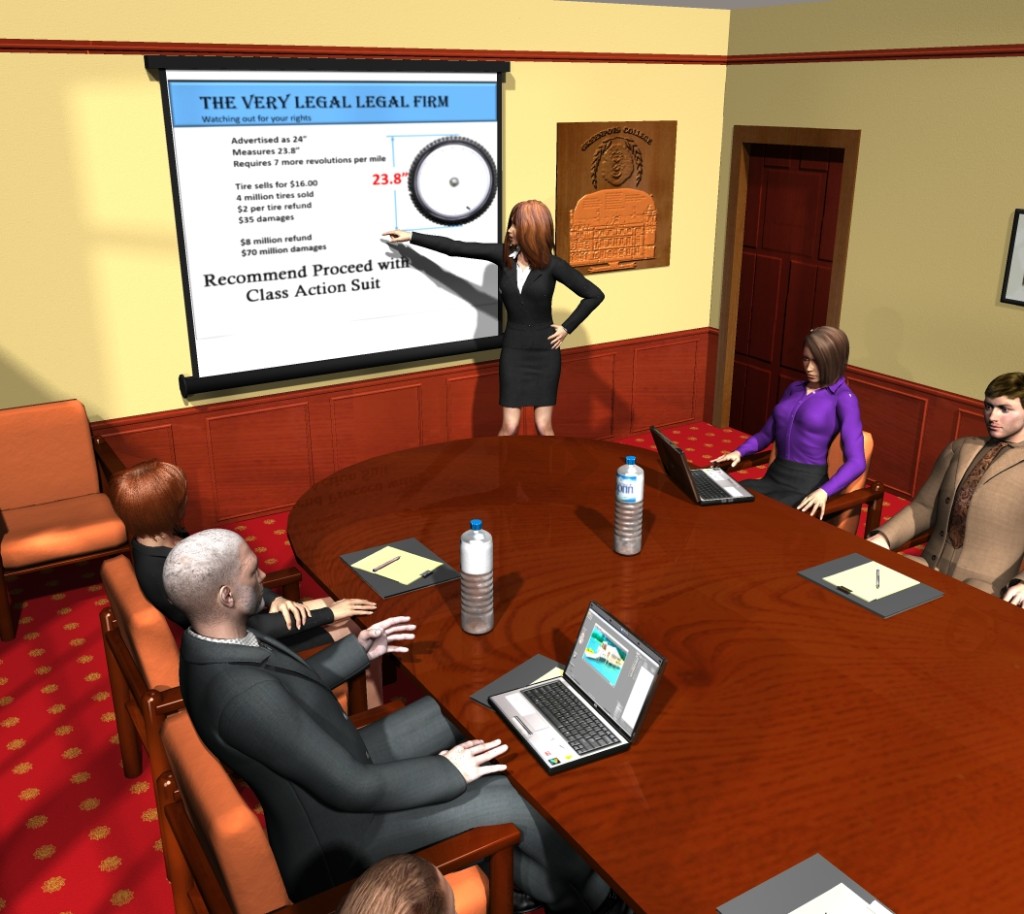 Sundae Thanks You
Olympics, Meet The Connected Age
A Caution On Considering An Engineer As a Companion
Musings on Parallel Universes