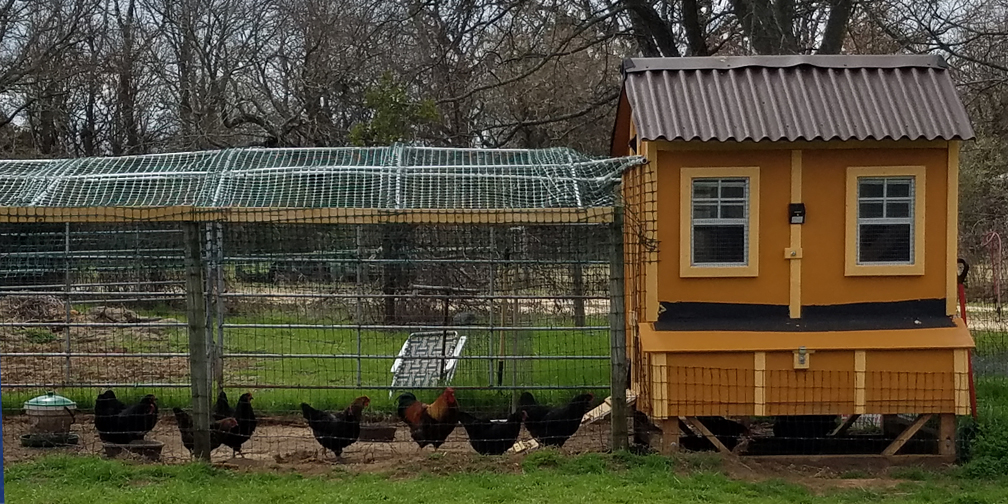 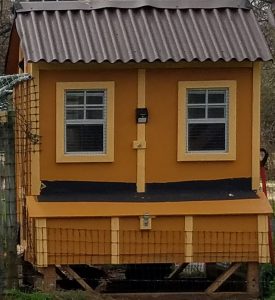 Between Google, Pinterest and the renewed interest in keeping chickens, my solar powered chicken coop fan project has become a very popular post. Although low maintenance, I was replacing the battery every year. The Texas heat and the way I hooked it up both conspired to shorten the life of the battery. This year I also had to replace the fan. It hadn’t died but wasn’t reliable starting up.

Amazon now sells the original fan for about fifty one dollars and I thought that was an outrageous amount. Especially when I could find a different brand the same size for around twenty five dollars. What can I say, cost should be an integral element of any engineering evaluation.

I wasn’t extremely concerned when I realized my new fan only used six batteries. Six batteries means that the fan operated at 9 Volts instead of the original fan’s 12 Volts. I rationalized that the fan is only an electric motor and should have no problem operating at 12 Volts. In fact, it would probably be a little faster. Just to be thorough, I measured the current at 12 Volts and came up with about 0.6 Amps. Significantly under one Amp and close to what I remembered on the original fan. I thought I was doing good.

When I hooked it up, I was rewarded with lots of air and a fairly quiet fan. The chickens would be very happy. Come evening, I went out only to find a dead chicken coop fan. While actually, it was the battery that was completely drained. Now I will admit that I was a bit distracted by everything else going on in the world and really did not sit down to analyze why this was happening.

Thinking I might have a bad battery, I replaced it with my old battery. This time it barely made it past dusk. Still not analyzing the problem, I changed batteries, solar controller and came really close to changing out my solar panel. Yes, I keep spares for all of those. 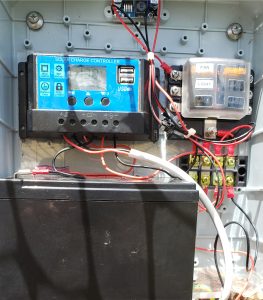 I don’t need to tell you that none of it worked. This time I also connected the battery correctly with the solar controller. It turns out that lead acid batteries don’t like to be completely drained on a daily basis. Too many of these deep discharge cycles and the battery will stop charging completely. One of the functions of the of the solar controller is to turn off power to the fan when the battery goes below the safe limit. Something I was forced to learn while trying to get my solar fountain working. At the time, not understanding the reason for that, I had bypassed that function in my original implementation.

This worked but also ensured I would be replacing my battery frequently. On overcast days, it would completely drain the battery and shorten the life of the battery. Of course, by wiring it correctly I also reduced how long the fan would run on a single charge. One of those maintenance versus utility decisions.

Having tried all the easy stuff, I finally broke down and did some analysis. The new fan draws about 0.65 Amps at on the high setting. The old fan was drawing somewhere around 0.44 Amps, almost a 50% difference. Made sense, the new fan was designed to operate at 9 V instead of 12 V. I needed a 9 V supply.

My wife has pointed out that not everyone would appreciate a dissertation on power converters. For that reason, I broke the discussion as a few paragraphs at the end. At this point all you need to know it that a buck converter is the best choice here.

A year ago, I was trying to eliminate the incredible battery usage of the four game cameras my wife keeps in her garden. They use an array of IR LEDs to illuminate their target at night and when you have lots of activity, they drain batteries quickly. These cameras typically use 6 or 8 AA batteries but usually have a plug-in to allow a DC adapter. My plan was to use a 12 V battery similar to what I use on the chicken coop fan and a voltage converter to drop the voltage. Sadly, that project was a low priority in my queue but I already had the converters.

My social life has never been time consuming but current conditions have reduced even that small amount to zero. I’ve used all that extra time to organize my lab area. Because of that, it took me slightly less than an hour to find where I had stashed them. Pulling one out, I set it to 9 V and installed it in the chicken coop. Lo and behold, the fan was still running in the morning.

There’s a lot of lessons to be learned here but I guess the best lesson is that the easy path isn’t always the best path. If I had done the analysis at the start, I would’ve realized that I was using 50% more power than the old fan. My power budget simply did not have the margin to support that. By giving the fan 9 V, I was back to the parameters of my original design and my chicken coop fan would run through the night. As you can see, the calculations aren’t complicated, I was just preoccupied. 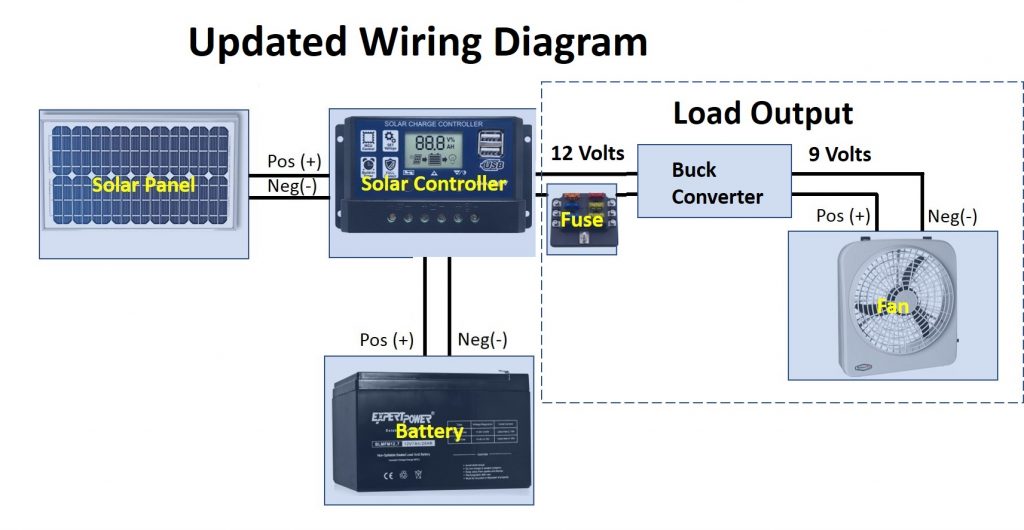 A short discussion on power converters:

Amazon sells several types of DC to DC voltage converters, linear, buck, boost and buck boost. Both linear and buck reduce the voltage but the buck converter is far more efficient while the linear converter output produces far less electrical noise. You would use the linear converter to drive sensitive electronics. More important to me, the input current is always equal to the output current.

A buck converter uses a switching configuration, typically with an efficiency of 90% or more. Now my calculation becomes 0.49 * 9 * 1.1(efficiency correction) or 4.85 Watts. Using the buck converter gives me a significant reduction in power consumed over the linear converter.

I used an LM2596 buck converter but most of you won’t be buying ten modules at a time. Just do a search on Amazon. At the time of this article, I found 2 for $4.95. Be aware, it does require soldering.

Rounding out this discussion, a boost converter is used when you need a higher voltage than your supply produces. For example, if I had a 6 V battery and needed 12 V, I would use a boost converter.

Finally, there’s the buck boost converter. The name tells it all. This converter will buck or boost as necessary.  This gives you the widest range of input voltages but usually comes with an increased price.

UPDATE 05/06/2022: Texas summers are brutal on lead acid batteries and I was replacing mine every year. I’ve moved to LI-FE04 batteries for a much longer life. This forced me to use a lithium compatible solar controller, https://www.amazon.com/gp/product/B07NPDWZJ7 but these are fairly cheap and Lithium is definitely worth it.

Toolbars, Software Trojans or Actual Benefit?
Using 1040 Advertising As A Revenue Stream, Why Not?
The Opinionbypen 2016 Strategy
How to Create a Mind by Ray Kurzweil, a Review of the Audiobook