Patent Reform, We Should Demand It 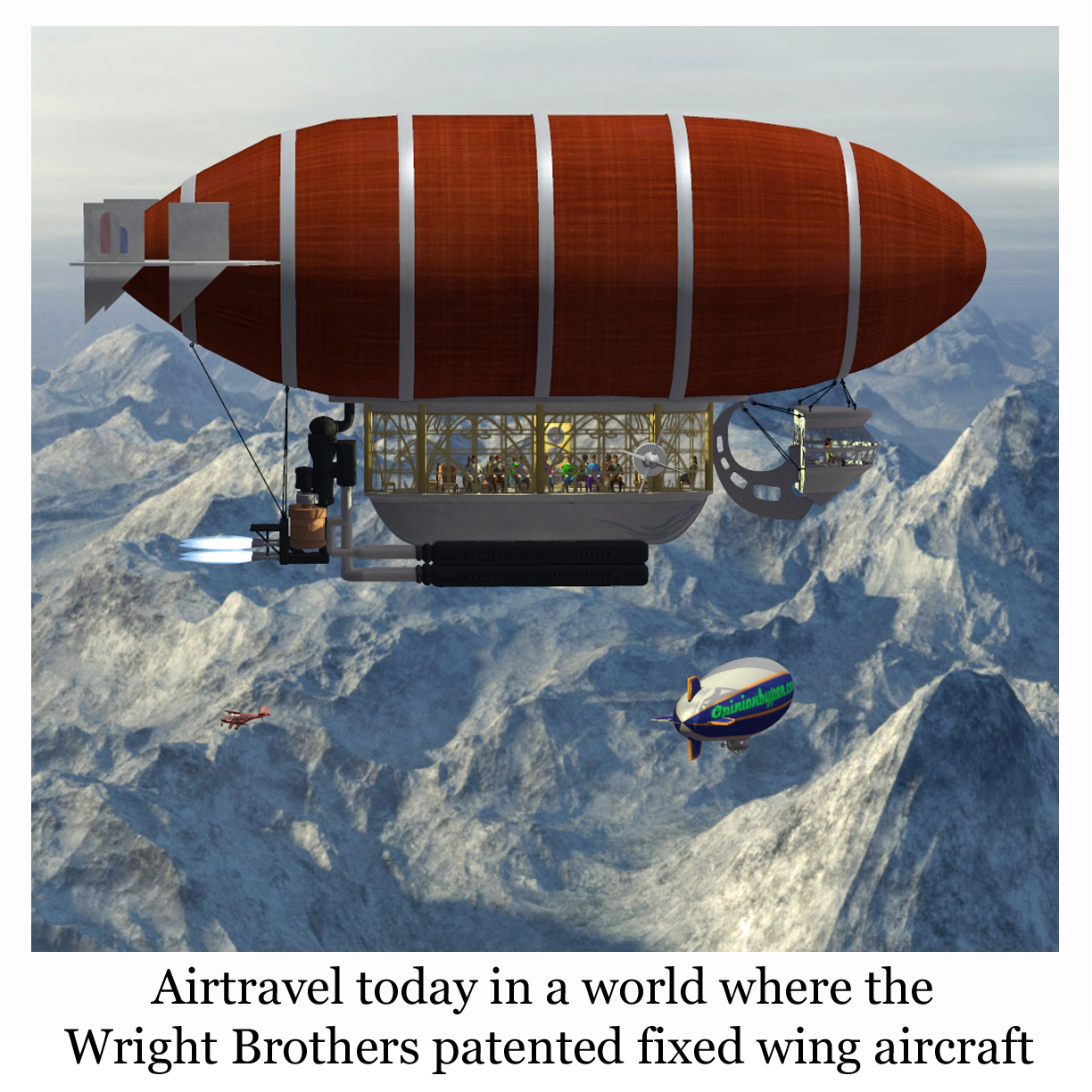 There is no easier way to get me to jump on a soapbox than to start a discussion on patents. While I fully support the concept of patents and I feel that the inventor should be rewarded for his efforts, I just don’t think that’s the way our system is working. Nor do I think many of us are fully aware of how our patent system has shaped this world. Patent reform is crucial to encourage innovation.

Several years ago we had things called Video Cassette Recorders, VCRs. The VCR took video and recorded it on tape. Cumbersome but it usually worked. Much like the hassle some of us experienced in storing our computer programs before hard drives. Once hard drives entered the mainstream, it seemed like a natural concept to replace the tape in a VCR with a hard drive, thus providing a fast method of recording temporary video files. I had a video card in my computer that allowed me to do just that. Then someone patented the concept and called it TiVo.

The concept and innovation ended there. TiVo patent lawyers made sure no one infringed on the patent. If you wanted video recording without the hassle of tape, TiVo was the only way. Somewhere buried in my workshop I have a small video recorder that bypassed TiVo’s patents by using memory cards instead of a hard drive.

In these days of video streaming it hardly seems important until you start looking at secondary effects. When VCRs were introduced, the tapes were over $25 dollars each. I think they were running about $6 each when DVRs were introduced. There was a similar story there, the price of blank DVD’s came down and the reliability went up. Because of the TiVo patents, consumers had to rely on temperamental writable DVDs and hard drive technology missed that growth curve.

I can’t even begin to tell you how happy I am to see streaming become an everyday technology that will eliminate TiVo.

I know that was unkind but suppose the Wright Brothers had succeeded in patenting fixed wing flight and they certainly tried hard enough. There’s no doubt that we would  have airplanes today but aircraft development would be limited to the few companies willing to pay for use of the patent. With far less money being spent on development, the industry would probably still be in the biplane stage and we would have seen far more development in alternative aircraft such as zeppelins and helicopters.

Too drastic an example? In today’s world with patents being written as broad as possible, with armies of lawyers ready to charge you an arm and a leg for a license, what chance does innovation have? Imagine spending years of your life developing a product only to have patent trolls descend on you the moment your product comes to market. Are patents really encouraging innovation or discouraging it?

Sorry, if you’ve never heard the term, patent trolls are companies with a high ratio of lawyers, no developers and only one goal, convince other companies it’s cheaper to license their patent than to fight them in court. They buy up patents after the original patent owner goes out of business. How closely the original patent matches the application really doesn’t matter. It’s all about money and we consumers lose either way.

I would love to see a law mandating that at least 50% of the money provided by license fees and patent infringement suits have to be spent in research and development. It wouldn’t fix our current situation but might go a long way to unstifling the technology morass we find ourselves in. As consumers we should demand it.

With the line between hardware and software blurred, patents today have become concept and ideas rather than inventions. Amazon has patented their One Touch button for checking out. Personally I hate the one touch button but I acknowledge it’s clever. Is it really worth a patent though?

How about one of the patents that Amazon and Samsung were fighting over, the use of square icons with rounded corners? Aside from appearance, could anyone tell me why that’s a concept worthy of a patent? I always thought appearance was a copyright issue.

When I wrote about technical arrogance, I acknowledged it in myself and gave some examples of very poor choices simply for the sake of ego. Think about this though, many of the obviously poor design choices you are forced to deal with in daily life are because existing patents blocked the best choices.

As a consumer, we are often given inferior, overly complicated products because existing patents prevented better solutions. Ever have a software upgrade that removed features, making the upgrade inferior to the original product? It’s a safe bet that patent infringement was involved and we’re the ones that suffer.

I wish I had a good solution here. As patents get broader, as more and more lawyers pile into the patent bus and as the patent office examiners have less and less budget to determine the uniqueness of a patent, there’s only one certainty, until we see patent reform, consumers will continue to see high priced, overly complicated products.

I'm Sick And Tired Of Hearing Politicians Say Follow The Data
How To Convince Your Spouse You Need A 3D Printer
The Eternal Conflict Between Human Behavior And Engineering Logic
The Overly Contemplative Writer’s Dilemma, How Do I Spend My Time?