Technical Arrogance, No One Is Immune 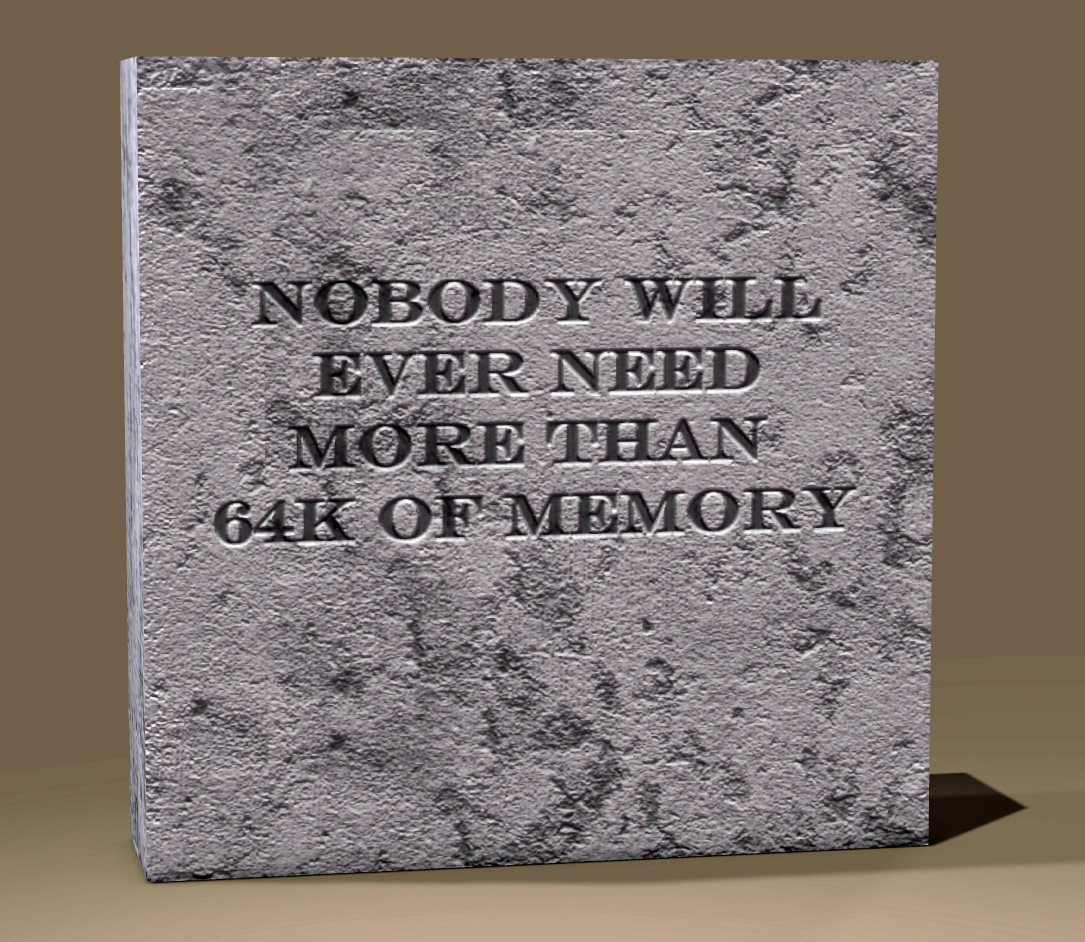 If there’s one thing the engineering world is full of, it’s arrogance. Don’t get me wrong, I suffer from the same affliction. I think it comes with being an engineer. After you’ve done the simulations and all the testing, it’s not a surprise that your design works. Enough successes and sooner or later you come to the conclusion that you can do no wrong. That’s arrogance. The next step is technical arrogance. You can’t make any mistakes so obviously you know the needs of your customer better than they do.  The problem is that it’s really hard to distinguish technical arrogance from arrogance, marketing or just plain cluelessness.

I don’t know if you’ve ever heard how the spreadsheet was developed for the personal computer but the story starts with a businessman looking for software to add horizontally as well as vertically he was told it didn’t exist because no one would need to add horizontally. He eventually hired his own programmer and the rest was history.

We could call it cluelessness on the part of the other suppliers but I prefer to think of it as technical arrogance. They refused to consider the possibility of people doing accounting in a manner differently than they did.

Consider Detroit, at a time when gas prices were skyrocketing, Detroit ignored all the people asking for better gas mileage.  They continued to pump out larger and larger vehicles that no one bought. Greed, technical arrogance or just plain stupidity?

If you were to ask me which graphics chip set is best, I would answer Nvidia without batting an eye. If you pressed me, I would tell you about drivers, better efficiency and reliability. The truth is I have no data to prove my position. Depending on what you want, both Intel and AMD make great graphics chips. I’m only giving you an opinion. I suffer from technical arrogance too.

The same is true for most of the arguments about PC versus Apple, iOS versus Windows versus Linux, Intel versus AMD. None of those are better feature by feature than their counterpoint. They have all have good points and bad points and in the course of normal evolution the results of these comparisons will change. Saying that iOS is better than Windows because you like iOS is simply technical arrogance.

Technical arrogance is when someone tells you what you need to use based on their deeper technical knowledge of the subject. Maybe I should say their assumed deeper technical knowledge. Usually it’s a salesman trying to sell you something or an engineer telling you why you should do it their way.  In some cases they may be right.  In some cases, well, there’s a lot of salesmen out there that regret trying to convince me gold cables gave me better audio fidelity.

I’m having a hard time deciding which category Microsoft is exhibiting with Windows 8.1. While I don’t care for their new vision of an operating system, I can certainly applaud them for having the courage to make the change. Otherwise we would all be using DOS Ver. 19 now. What amazes me is their reluctance… no, their outright defiance, to make the changes their customers are asking for.

I can’t see how adding a start button and giving users the ability to boot directly into the classic interface would destroy the feng shui of their operating system. I can see them being concerned that most people would immediately set it to boot into the classic interface and ignore all the features that they spent so much time convincing their management were good ideas.

Technical arrogance, marketing or just plain cluelessness? I really don’t know but so far the antics by Microsoft on Windows 8.1 are pushing me to consider Linux and iOS.

Recently I had to go shopping for a new Bluetooth earpiece because I had lost my previous one. I’ve tried several models but over the years I’ve always liked the Plantronics series. I started with the Voyager 510 and gradually moved with Plantronics to the Voyager Pro+, the one I just lost.

I still have my 510 but Plantronics used a proprietary connector for the 510. Even finding a USB adapter was difficult.  My favorite feature of the Pro+ was that it used the same connector as my phone. No adapters, no extra cables to forget or lose while traveling. Now Plantronics has upgraded to the Voyager Legend series and gone back to a proprietary power connector. It’s magnetic and I’m sure it’s easier than the Pro+ but it takes me back to adapters, special cables and trying to find a vendor of that adapter because I forgot to pack my cable. I’m really glad Amazon is still selling the Voyager Pro+.

Married to an Engineer, It’s More Complicated Than You Think
Did The Ninjas Use Mental Telepathy?
A Question About Poor Customer Service
Office 2013 Terms, Marketing Ploy or Greed?