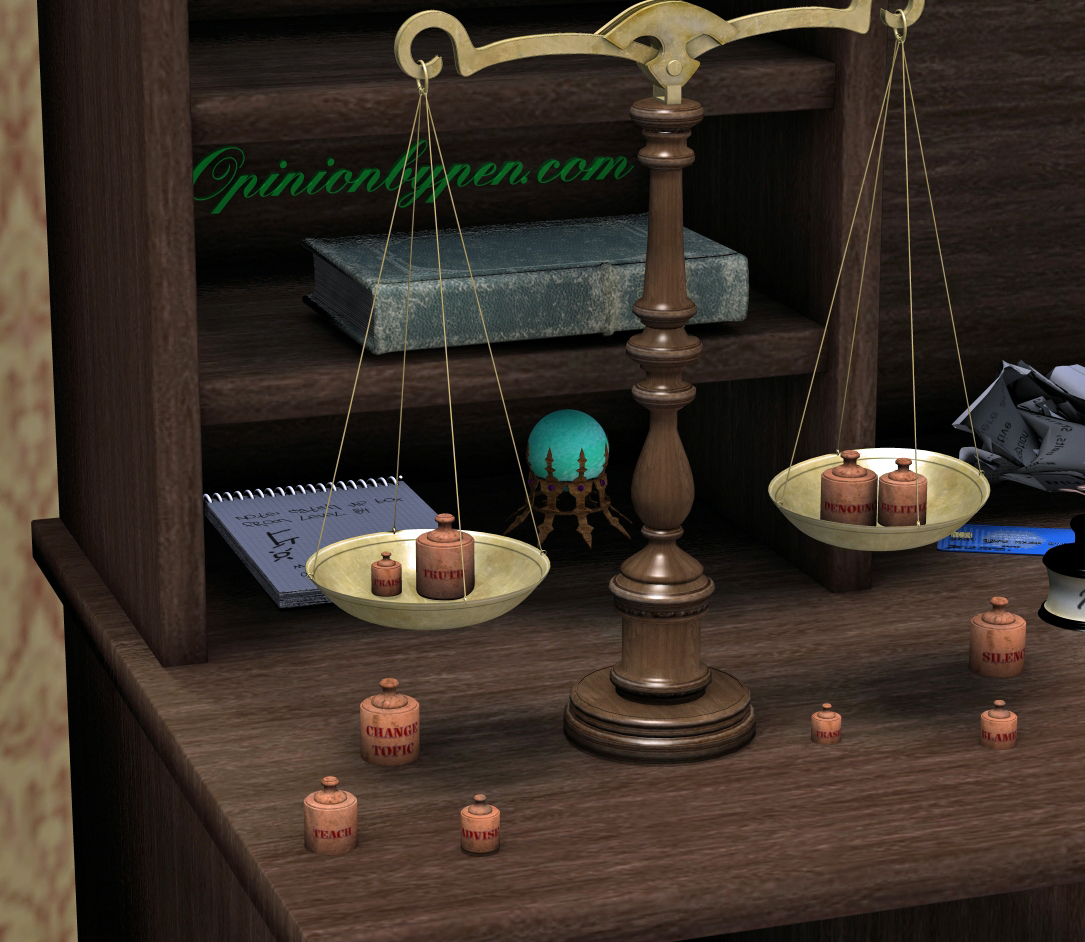 Recently I received a thought provoking email from a friend resolving to take a more positive approach in his communications about people. I applaud his motives and had written this post on that issue but I realized that this is not the simple issue I was trying to make it.

We’ve all known people we consider a waste of oxygen. When discussion turns to these people, it’s all too easy chime in on how totally incompetent they are. How you handle yourself when you’re put in this situation says volumes about your character.

Do you remain silent and say nothing? Do you try to redirect the conversation to a positive topic? Do you just jump in and add your own negative observations?

The easiest path seems to be jumping in and adding your own negative observations. How can you go wrong? The other people started the discussion, so you know they share your opinion. Once it gets started it seems like a game of one upmanship. Each person is trying to add observations that top the previous observation.

I’ve always felt that people who indulged in this type of behavior had low self-esteem and were consciously or unconsciously trying to improve their self-esteem by putting other people down.

My friend said that he saw it more as stealing part of someone’s reputation for yourself. I can see the truth in that too.

I save you some time here, my original post continued staying positive is good and so on, and so on…

There’s certainly truth here and to continue focusing only on the negative aspects of a person is mean spirited at best. There’s another truth here that we seem to forget in today’s all too politically correct society.

Let me give you an example. In the period between leaving home and getting married, I was forced to buy my own clothes. This doesn’t sound too daunting to most of you but to an engineer, fashion is one of the greater mysteries of the universe. When my Sister finally informed me that striped shirts were not to be worn with plaid pants (apparently a key fashion precept). Yes, there was laughter involved. I had to go out and purchase some new slacks.

I’m not admitting to anything, but there were a lot of people being too kind to me by not telling me of my fashion faux pas.

Nothing is ever simple. There’s a right way and a wrong way to doing this. It takes balance. I’ve known people that would become so focused on someone’s character flaws that they would drone on and on about the person. They never realize that people tend to start associating what was being said with the speaker.

On the other hand, there are many times where only staying positive is detrimental. While I’m fairly certain that no one from Congress has ever read my blog, I fully believe the things I’ve said about them are things they should hear.

If we stay solely positive we are doing people a discredit and not encouraging them to grow. This could even be seen as shirking our responsibility and leaving the dirty work for someone else.

If we focus solely on the negative aspects, we discourage people and become so negative ourselves that people will try to avoid us.

The truth can be painful, such as finding out that you were a walking fashion disaster for the last six months but hearing it allowed me to change my ways.  Even though she was laughing at the time, I appreciated the advice.

I applaud my friend for resolving to stay positive but I’ll challenge him to remember his responsibilities. There’s too many people out there out there focused solely on being positive. We also need reality.

Don’t make me break out my purple bellbottoms.

Are Android Permissions Getting Out Of Hand?
Why Is It So Hard To Describe A Problem To An Engineer?
A Review Of The Audible Books I Listened To In 2018
My Approach To Identifying And Eliminating Email Spam