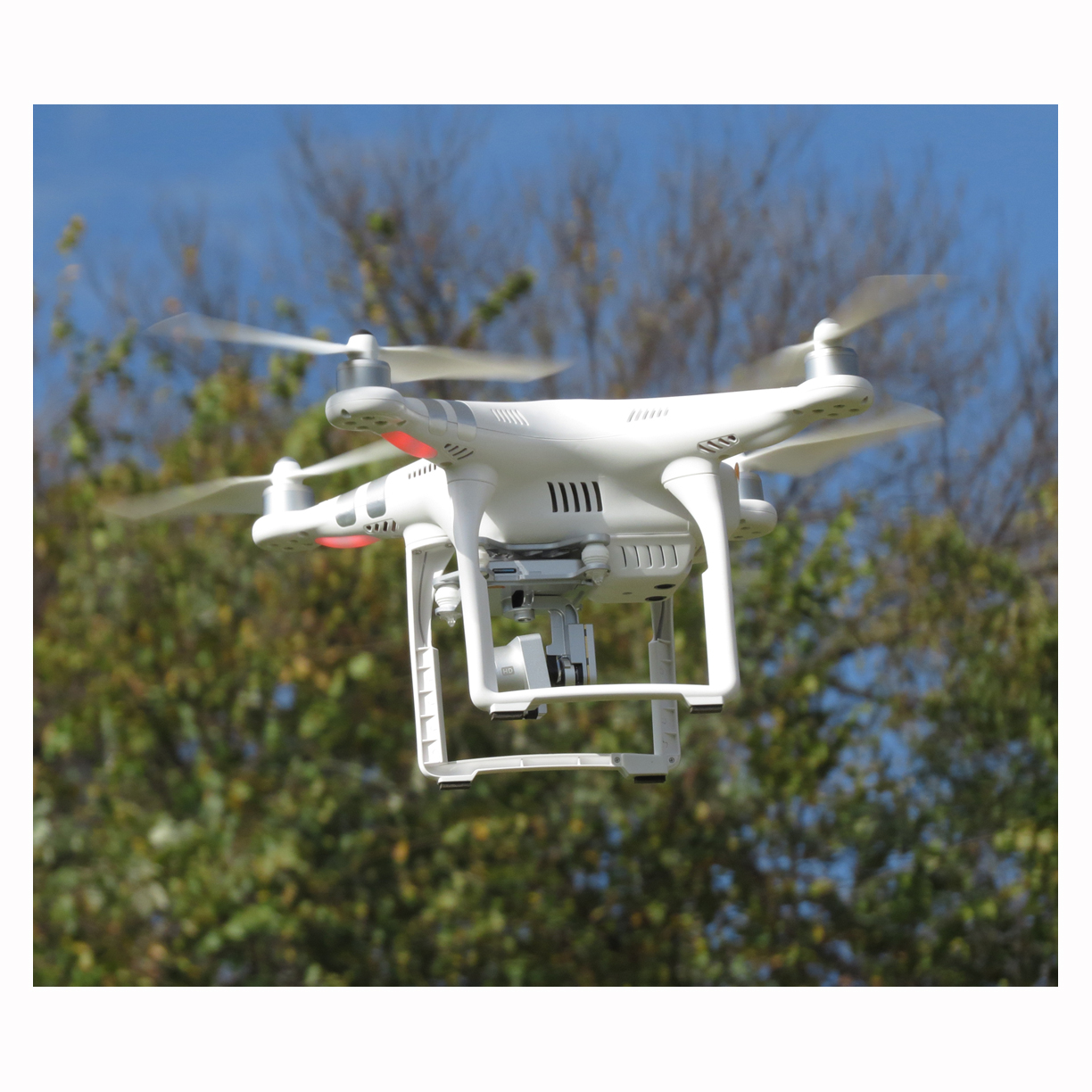 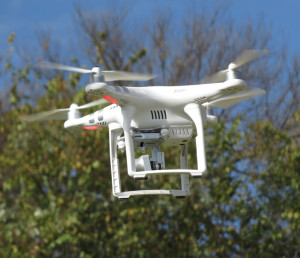 Several years ago, I found myself admiring a friend’s F16 RC model. It was almost five feet from nose to tail and although it had single ducted fan motor in the body to replicate the jet engine of the F16, it was supposed to be one of the fastest models out there. It had come to him as a kit and after pouring over $1000 into the making of the jet, he found himself unable to fly it for fear of breaking it. At the time, I couldn’t understand his reluctance but now I completely understood his fear as I prepared my Phantom DJ3 Advanced quadcopter for its first flight.

Like my friend, I had spent some but not enough time flying other models. I had also spent just a shade over $1000 in purchasing it and having crashed my previous models several times, including one close call with my pond, I knew how easy it would be to drastically reduce the value of my new quadcopter to spare parts. 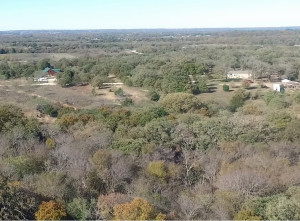 Although I’ve been considering a high end quadcopter for the last year, it certainly wasn’t to spy on my neighbors. I leave in a very rural area because I wanted to get away from neighbors. That and the city codes of Irving, Texas didn’t allow me to stable two horses in my back yard. I wanted to be able to inspect my property but mixing quadcopters with trees seldom has good results. It does give me a good way to check on the horses but given recent vet calls, I’d have to get closer to the horse than either of us would be comfortable with.

I considered the pro version but the additional cost was a little too much. I wasn’t considering a career in movie making. The remote has a maximum range of 2.1 km, about 1.3 miles and although it can fly as high as 6000 meters, it’s limited by software to slightly less than 400 feet above the take off point, thus keeping it inside the FAA guidelines. I had no desire to test any of those limits. 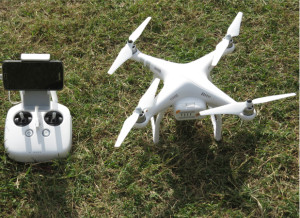 I sold my wife on the idea of aerial photography of her as she was doing agility training. Fortunately, even though she knew the real reason, she still agreed. The real reason? Technology cries out to me like the sirens of old. Computers, tablets, 3D printers and now quadcopters all shout at me to take them home.

Preparing my new quadcopter for first flight was easy, charge the main battery and then charge the remote (they recommend against charging both simultaneously) and watch a few videos on prep and flying. I had already decided to use a retired Samsung Tab 2 7 inch tablet in conjunction with my remote and installed the app. I was ready to fly. Carefully avoiding the dogs, eager to help as always, I sat everything up in the arena they play in.

I keep telling myself that the Wright brothers undoubtedly had problems too. I can barely see the tablet in the sunlight but worse, my controller won’t turn on. Back inside where I learn that you have to make sure the recharger connection is seated well. I have two hours to kill while the remote charges.

Back outside again. Remote powers up, I’ve adjusted brightness to full on for the tablet, the quadcopter powers up and connects to the remote. We’re ready for lift off. Err, almost ready. Now it’s telling me I have to update the firmware on the remote, the aircraft, the camera and the battery. I’m able to update the firmware on the remote while I’m outside but I have to download some files for the rest. Back inside for another 20 minutes while the firmware is updated. It’s painless but time consuming. I’m more than ready to fly now.

Back outside again. Everything looks good, I’m able to do the compass calibration just like the video shows everything looks green and then I no longer have status from the aircraft. The remote is still shows a good connection with the aircraft but my tablet is no longer talking to the aircraft. I tried six more times, starting from scratch each time. It made no difference, the moment I tried to do anything with my soon to be recycled tablet, it disconnected. I was not carrying all this back inside.

In desperation (frustration?) I connected my phone, a Samsung S5, to the remote. What a difference, I had status, I had video and I was ready to fly.

By fear of losing my thousand dollar investment had given away to a strong sense of frustration. This quadcopter was going to fly, one way or another. Rather than make you guess, I let you know in advance that I had the flight mode switch in the wrong mode. In my defense, it’s a very small switch in the back of the remote and not very well marked. I was deliberately in beginner mode but my switch was set for indoor flying and using the camera to hold position rather than using GPS. As a result, the wind was pushing it around a lot more than I expected.

As I said earlier, I had practiced with some cheaper quadcopters but this was far easier. There was very little drift, if I let go of the controls, it stayed fairly close to its original position. Time to push the envelope.

I got it up to 12 feet before I realized the fear reflex had returned. My hands were stiff. My body position was so rigid my back was already sore. I decided to land using the “Home” switch feature while I tried to resume breathing. It went down softly about two feet from where it had started. Not so bad.

The next flight was still limited to 12 feet but I did a lot more maneuvering. The horses didn’t seem to mind the noise so I was able to get some good shots of them. Time for some demonstrations of skill.

The beginner videos make landing on a small platform look so easy. Hover for a short time and then slowly descend. Easy, unless the wind blows just as you come down. Sure enough, I barely missed the platform and ran into it with one of the propellers. A quick tumble, a whine of motors trying to turn and me panicking while I shut the motors off. My first crash was now history. I was fortunate. Although they provide spare propellers, I managed to avoid breaking them this time. 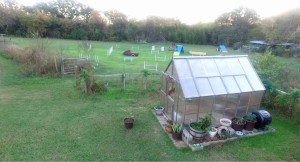 I took it up one more time to make sure it was still working and then shut everything down. I was exhausted.

Was I happy? The videos it takes are beautiful. You don’t even know the camera is attached to a quadcopter. Flying it is far easier than the cheaper models and the Home feature make it almost foolproof. If it loses signal or has low power, it returns to the spot you designated as home and lands. I say almost because the quadcopter doesn’t have collision avoidance. Unless you’ve programed a minimum height or have no obstacles in its path, the Home feature may still cause you to land in a tree. I still have some fear issues to get through but with my first crash behind me, I might even get it up to 25 feet on my next flight. 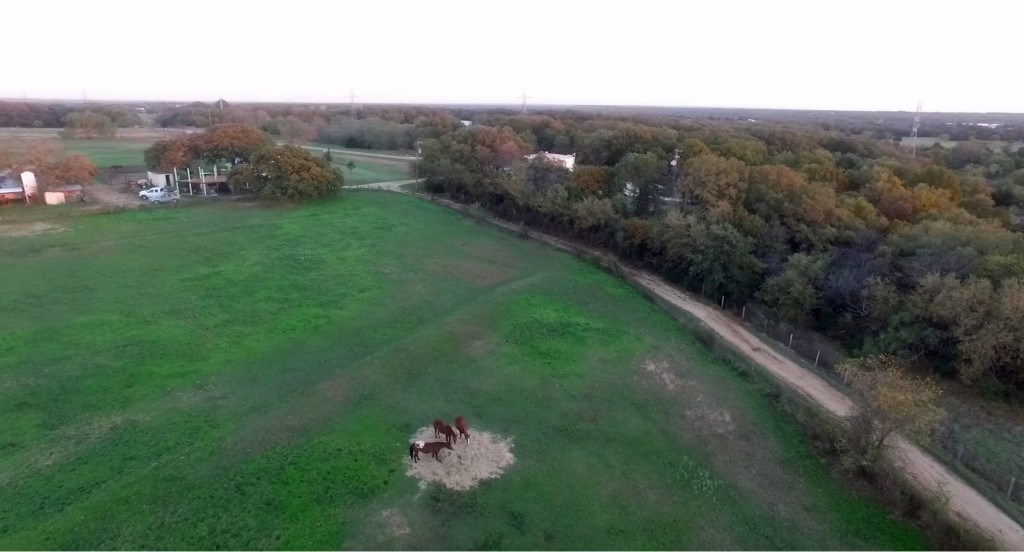 One week later: Texas is not always cooperative when it comes to flying and I prudently decided not to try flying in the rain. The next week, armed with a little more confidence, I was able to get it up to about 50 feet. I was even gaining confidence with maneuvering. It was this very confidence and the desire to demonstrate flying skills that I didn’t have that caused my second flying accident. As I was hovering near my wife’s greenhouse, a gust of wind pushed the Phantom DJ3  Advance into the door of the greenhouse, that or I misjudged the distance while I tried to get closer. This time I lost the tip of one of the propellers and gained a lot of ire from my wife for marring the greenhouse door. Believe me, her ire is ugly. I ordered propeller guards that day.

A Very Personal Look At The Engineering Decision Making Process
An Engineer's Dilemma, Beware The Time Team
Handwriting as a training method?
The Eternal Conflict Between Human Behavior And Engineering Logic