Synergy And A New Beginning 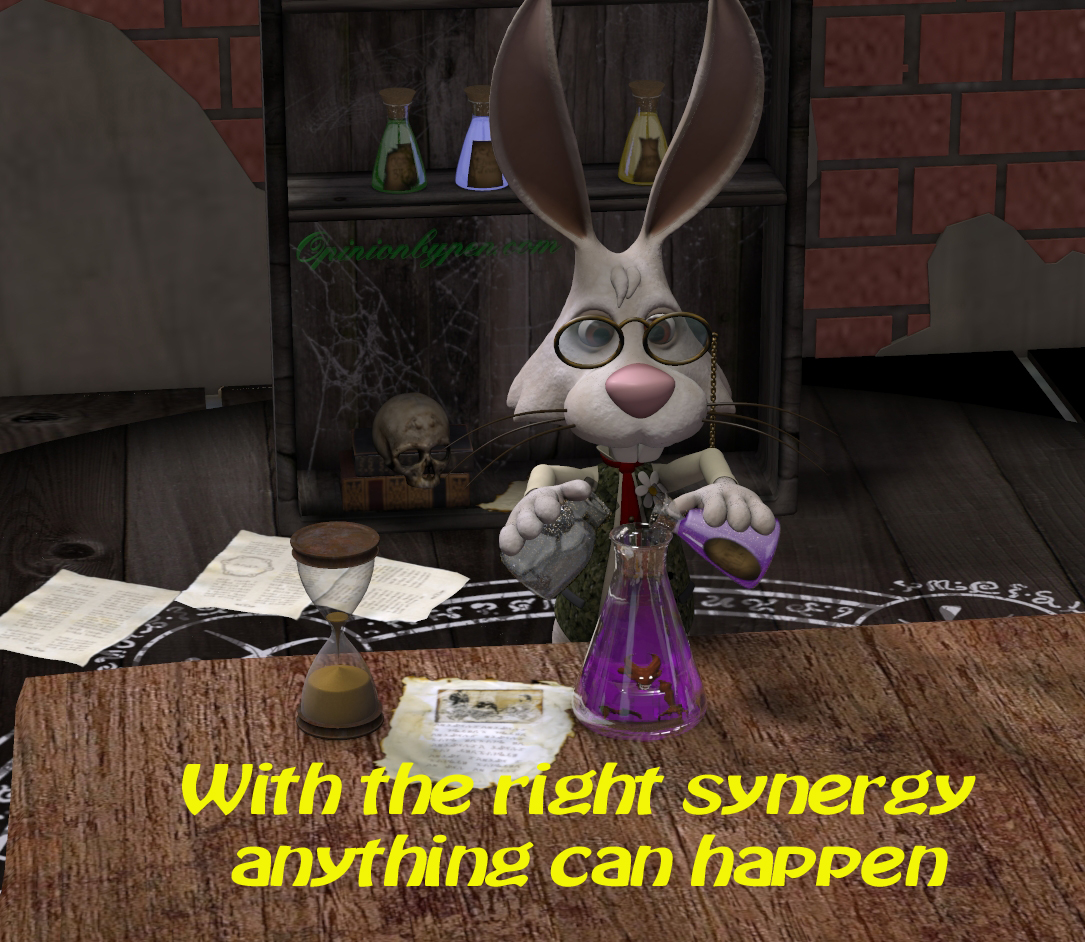 Synergy is a great word that’s become a victim of its own sexiness. A few years ago it seemed to be an unwritten rule that this word must be used in corporate mission statements everywhere. I sure you’ve seen statements like “Utilizing the synergy of our multiple sites we will increase profit and sales” or how about “Through synergy we will develop new products that will dominate the marketplace.”

When I was younger and had fewer manners (sometime last year, Tom), I started challenging people using synergy to tell me what it meant. A few of them actually got it right. I’m not trying to be a snob about this. I’m sure a lot of people don’t know what synergy means but if you use a word, I expect you to know the meaning.

If you put it in your mission statement, I expect you to use it correctly and ensure your employees know what it means.

Enough of my personal rant. For all its misuse, synergy is a great word and we encounter examples of it frequently.

Before I lead you too far in let’s look at the definition of synergy. I’ve chosen to use the Oxford Dictionary definition because it comes closer to the points I want to discuss. The interaction or cooperation of two or more organizations, substances, or other agents to produce a combined effect greater than the sum of their separate effects. Mathematically impossible, at least under the framework of what I was taught.

It looks like synergy is more of a concept than a measurable effect.

Some marriages could be considered an example of synergy, the two partners working together to accomplish far more than it would be possible for them individually. One of my favorite examples are the fantasy works of Ilona Andrews. Ilona Andrews is a pseudonym for a married couple that together write some very good fantasy that a blend of romance and action.

Given that many marriages would also serve to define the antonym of synergy, I had to look it up. I’m not surprised that divorce is listed as one of the antonyms.

Actually I want you to consider something that’s not quite within the definition of synergy but should be.  As a design engineer, I was only average. As a programmer, well, I have to admit I was poor. With both skills though I was able to easily decide which functions could be done in software and which could be done in hardware. My designs tended to be simple and efficient. My knowledge of both skills greatly improved what I produced. Synergy or not?

While you build certain skills during your career, you acquire others as a hobby. I’ve been blogging for the last two years, as a result my ability to write coherent reports at work has improved.

Quite often the advances in a technologies or hobby are a result of somebody combining their professional skills with their hobbyist skills.  You could call this a cross pollination of skillsets but as a single word, I really like synergy.

Consider your hobbies, think about how your own skill sets could be used to improve your hobby or even your profession. You might find yourself developing a new career. Synergy at its best.

I’d like to give one more example. Over the last year I’ve been using Poser to illustrate more and more of my posts. The writing I’ve been doing for my blog has given me the confidence I needed to actually put some of my ideas to fiction. What better way to add distinction than to illustrate the story using Poser. I’m not a great writer and I’m certainly not a great illustrator but the two skills combine nicely to improve the final product.

Illustrated stories are nothing new and my particular brand of fantasy may not be to your taste but I still like to think of the blend as a good example of synergy. With that, I present the first of, hopefully, many stories, The Inn.

The Sundae Style of Management, Please Don't Try This At Work
Email, A Training Tool For Poor Performance
The Amazing Windows 8 Strategy, Thank You Microsoft
Making a Demon Skull With LED Eyes