Makerspace for Young and Old Engineers

I was doing some research for this post when I stumbled onto the Makerspace site for Dallas. I don’t know if you’ve ever heard the term before but you could think of as a gathering for innovators, people willing to share their knowledge and skills with other people wanting to learn. Looking at their website, I saw their offerings ranged all the way from some highly technical skills all the way to fresh herbs and herbed butter. On a personal note to Big Bad Wolf, they’re offering Sandcasting in Aluminum on Saturday, May 23.

Why is this so important to me? In raising me, my parents did their best, they just did not understand I was fated to be an engineer. If you find yourself in this predicament, finding something like a Makerspace could be a godsend. It’s not that I intend to make your life easier, I’m trying to help my fellow budding engineers survive.

Let’s start with the warning signs. I was always fascinated by mechanical toys. My favorite toy was a Robbie the Robot. My parents never did understand why Robbie got disassembled. I learned a lot from that mainly, take better notes when I take things apart and don’t expect my parents to understand why I took apart my favorite toy. I also learned how my robot moved, talked and flashed his lights.

This was followed by a series of clocks, other toys, including my sister’s toys. Some survived, some were fixed and many joined the other parts in my junk box. My brother’s toys were safe. Most of his toys were balls in various forms and colors. Clue number one, we take things apart. We tend to fix more things than we destroy but the important part to us is the knowledge we gain and the spare parts for our junkbox.

Once I started to repurpose items, more and more of my relatives started contributing to my collection. They were happy if I managed to fix the items and understanding when I did not. What I didn’t understand, I gained from my Encyclopedias and the library. I know, it was primitive but those were the pre-Internet days. I shudder to think what I could have accomplished with YouTube.

So what’s was the downside?  I’m sure my mother has other stories but we’ll start with when I set my bed on fire trying to make miniature jack-o-lanterns. I built an arc welder using information from Encyclopedia Britannica, a magnetic propulsion system that fired needles (only about three feet but I know how to improve it now), I used a blowtorch in the garage to make lead sulfide crystals for a homemade crystal radio and because every lab needs one, I built a Jacob’s ladder from a neon sign transformer that I had acquired along the way. In other words, it’s surprising I survived to adulthood.

From discussions I’ve had with my fellow engineers, I’m certainly not unique. We enjoy developing new skills and are constantly looking for ways to put our knowledge to work. When I read “10 unconventional uses for a relay coil” and saw that one of the uses was an inductive pickup as a phone tap, I had one working two days later. Why? Because the concept was intriguing. Once I proved it worked, I lost interest. Come to think about it, I don’t remember removing it. I wonder if it’s still there.

My parents knew about some of my projects but I learned early what they seemed to disapprove of and I was careful to only let them know what wouldn’t get me in trouble. My Jacob’s ladder is a great example, I couldn’t help showing it off, I just didn’t mention that it was operating at 20,000 volts and touching either electrode while it was on had the potential to kill me. The devil is in the details.

So what’s a parent to do? Along with my other obstacles in life, I’m left handed. It forces me to realize the not everybody sees the world the way I do.  At a time when it was popular to force left handed children to be right handed, I was lucky enough to encounter a left handed teacher. My point is that being left handed and being an engineer are both part of my personality. If my parents had tried to change these aspects, I would be a far less happy person.

Still, it’s obvious that I needed more guidance than my parents could provide and as my poor long suffering wife would attest, I was not socialized well as a child. It’s almost impossible for me to have a meal without reading something at the same time and as for small talk, unless you’re interested in discussing the relative merits of larger cache on Intel processors, best you leave me in that far isolated corner you found me in.

I know, saying get involved in your budding engineer’s life is as easy as saying we can solve world hunger by feeding everybody but young innovators need supervision and socializing us early in life helps prepare us for the real world. I applaud what Maker Magazine is trying to do by getting young folks involved in challenging projects. Attend a Maker Faire with your child and see what catches their interest. It’s always possible you’ll find a new hobby for yourself.

You might be lucky and find a Makerspace or its equivalent in your area too. While they’re not necessarily geared for young children (different Makerspaces might have different charters), an active Makerspace might prove to be perfect for a teenage innovator.  Stay involved in their life, don’t try to turn your engineer into a doctor or accountant, encourage them and above all, keep them involved in activities where they learn to interact with other people. 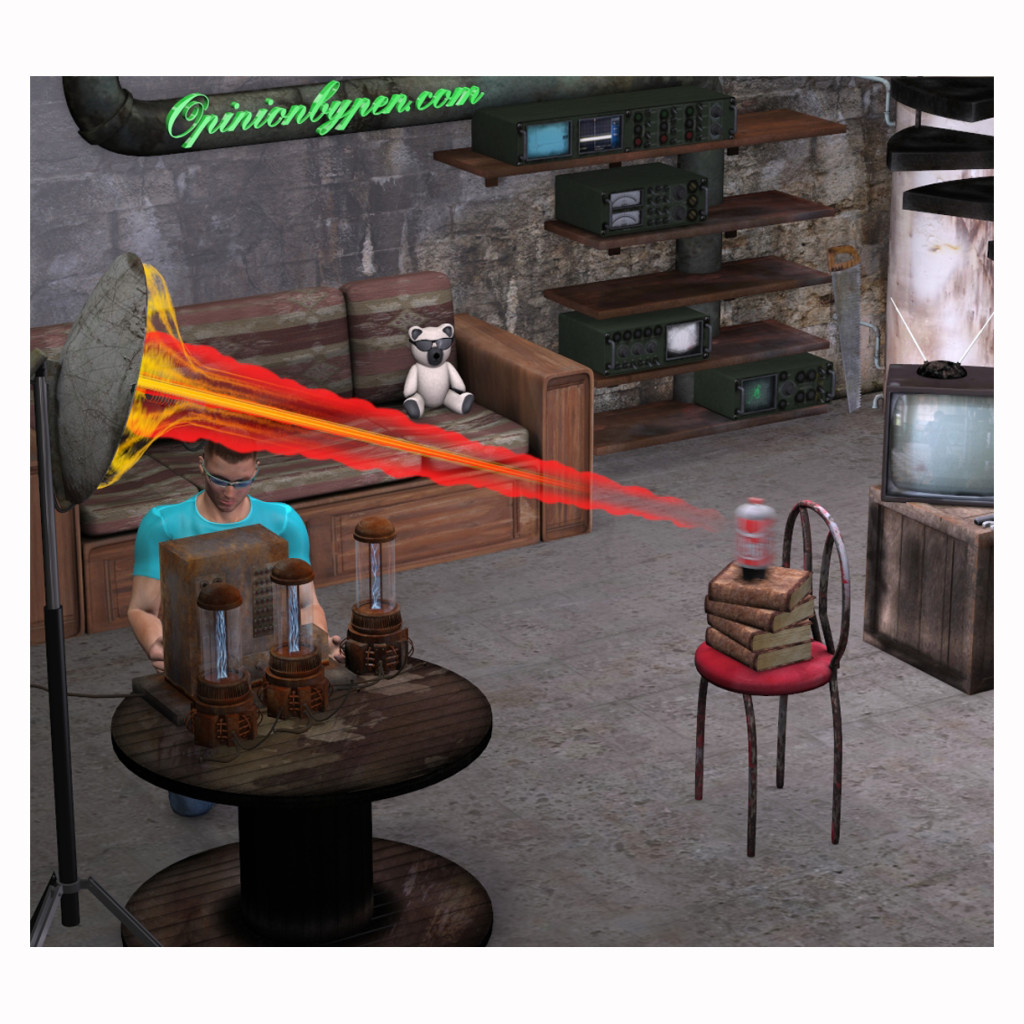 Ronin, From Puppy To Adolescent
I'm Not Insulting You, That's My Aspect Starting Up
Style, What It Means To An Engineer
Bryce 7, A Virtual World Builder