Stop Insulting My Intelligence, A Rant For The Rest Of Us 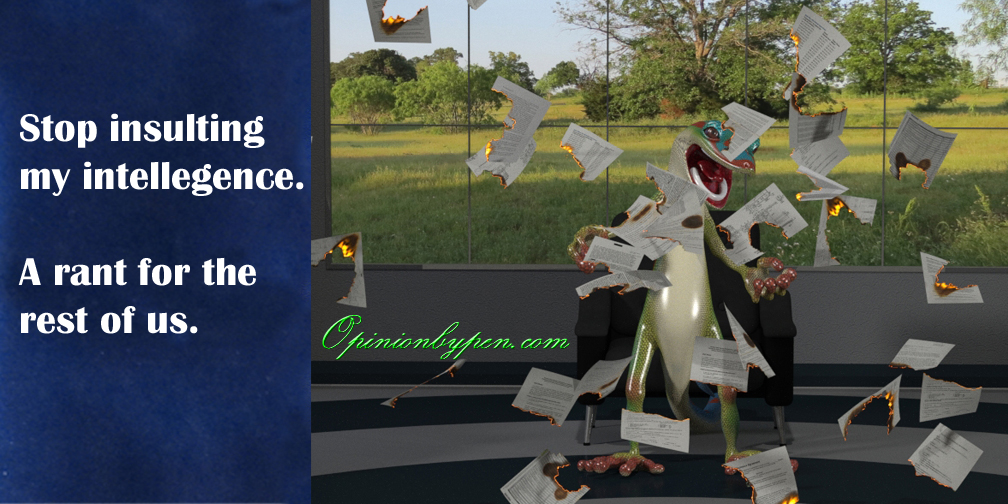 I’m tired of people insulting my intelligence. No, I don’t mean the comments on Opinionbypen suggesting my writing is only slightly better than what my dogs could write or the few choice words my supervisor uses after reading my latest progress report.

I’m not even talking about the 500 emails I get every day telling me I can double my IQ or other attributes by eating a simple herb (my wife pointed out that the pond scum sending this spam tend to have remarkably low IQs, it wouldn’t take that much to raise their IQ). We won’t be talking about all the people telling me I’ve won ten million dollars, all I have to do is pay $640 for handling. I never knew so many foreign nations used Gmail for their official correspondence.

No, these are not the people insulting my intelligence. Today I’m talking about the daily barrage of mind numbing stupidity I get from my local news, the national news and not to be ignored, our fearless leaders. Let me give you a few examples.

When all the stocks are falling and a reporter misuses his credibility by reporting that WalMart stock is falling because they announced it would no longer sell guns to people under the age of twenty one, I only needed to look at the market to see WalMart’s fall was slower than the average. He was imposing his own opinion on the situation and thought we were too dumb to look at facts. Then again, he’s a reporter, he may have done his fact checking on Twitter.

When the head of the FCC tells me that Net Neutrality is the reason that rural areas have poor Internet, I can only assume he believes I never noticed nothing was improving before Net Neutrality either. I don’t know, maybe it was Net Neutrality that caused the FCC to support so many laws against cities setting up their own internet. Our current FCC is so far in the pocket of Verizon and AT&T, I’m surprised the FCC hasn’t redefined high speed to 1 mbps and unlimited to 10 gig per month.

Going slightly higher in the food chain, does Trump believe I’m so stupid I’ll believe him when he tells me he’s concerned about Amazon because they don’t collect sales taxes, because they are taking advantage of the post office and because they’ve put so many malls out of business.

Amazon started collecting taxes years ago and it doesn’t seem to hurt their growth. I have to wonder why he’s so concerned about sales taxes anyway. Does he think I don’t realize sales tax goes to the State coffers, the Treasury gets none of it? At least, up to now, maybe he intends to subvert those taxes for his wall.

I’m not going to insult your intelligence by suggesting I don’t appreciate Amazon’s prices but best price is often not my reason for buying Amazon. Convenience is the reason I stopped going to brick and mortar stores when the Internet became popular. I no longer have to worry about that person in front of me that can’t remember his PIN or the person that tries to pay in pennies. I definitely don’t miss that person standing in front of the item I’m trying to get while they’re calling their wife to work out dinner plans. Amazon has yet to have me stand in line to return an item.

Somehow, it’s far easier to believe all the rhetoric is retaliation for something The Washington Post said about him. Trump has more credibility as a vindictive bully than someone that actually cares about protecting us from Amazon.

Least you believe I’m simply picking on a few easy cases, let’s take a look at Russian involvement in our elections. Listen to Congress and you would believe that all of us were brainwashed so thoroughly by Russian techniques that a fair election never had a chance. They’ll tell you it’s absolutely abhorrent to think of meddling in another country’s elections. Maybe they forgot our own involvement in foreign and domestic elections. Or maybe they just believe the carefully sanitized history taught in the educational system is as far as we will think.

Truthfully, I sometimes wonder if they really believe we’re as stupid as they seem to believe. Given how much of a disaster our leaders have made of our public education system maybe they have a right to believe we’re that stupid.

Come now, you know full well what I mean. We have teachers being paid half of what they could make in any other job. They’re encouraged to use a portion of that meager salary to buy supplies for their class. Unpaid overtime is mandated. Their ability to keep discipline in class has been stripped. Rather than teaching our young to think,  they’re forced to teach a very limited set of skills so the student can pass a proficiency quiz. Using this test ensures that education is held to the level of least able students. Public education that is.

If you believe this is the best we can do and not by design to keep the next generation from thinking for themselves, maybe they have good reason to believe we’re that stupid. I think we would see a far different educational system if sending your children to public school was a prerequisite for serving in public office.

Send a message to the world. Take a look at what you’re not being told. Put down that Twitter feed. Step away from Facebook. Subscribe to the Washington Post (yes, I admit to a slight amount of vindictiveness on that suggestion). Don’t want to support Amazon either? Visit your local library and read a book. Quit allowing yourself to be the person both Congress and those insidious, mind controlling Russians believe you are. Stop letting them insult your intelligence. 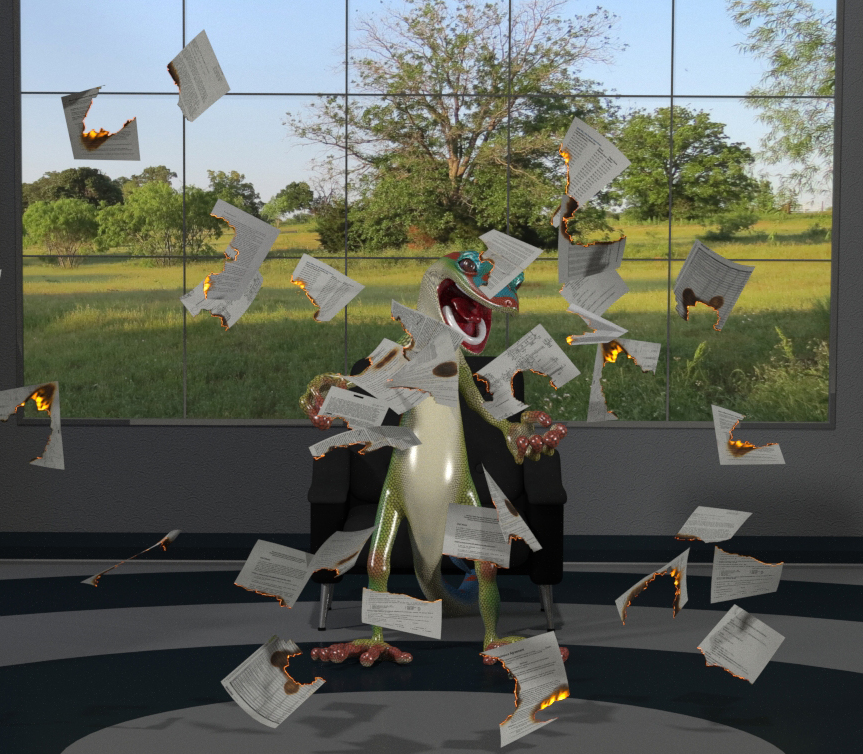 A Caution On Considering An Engineer As a Companion
Are Android Permissions Getting Out Of Hand?
Ever Think of Your Engineer as a Super Hero? The Evidence is There.
Cloud Encryption, Prudent or Paranoia?