A Look At Class Action Suits Using the Google+ Settlement 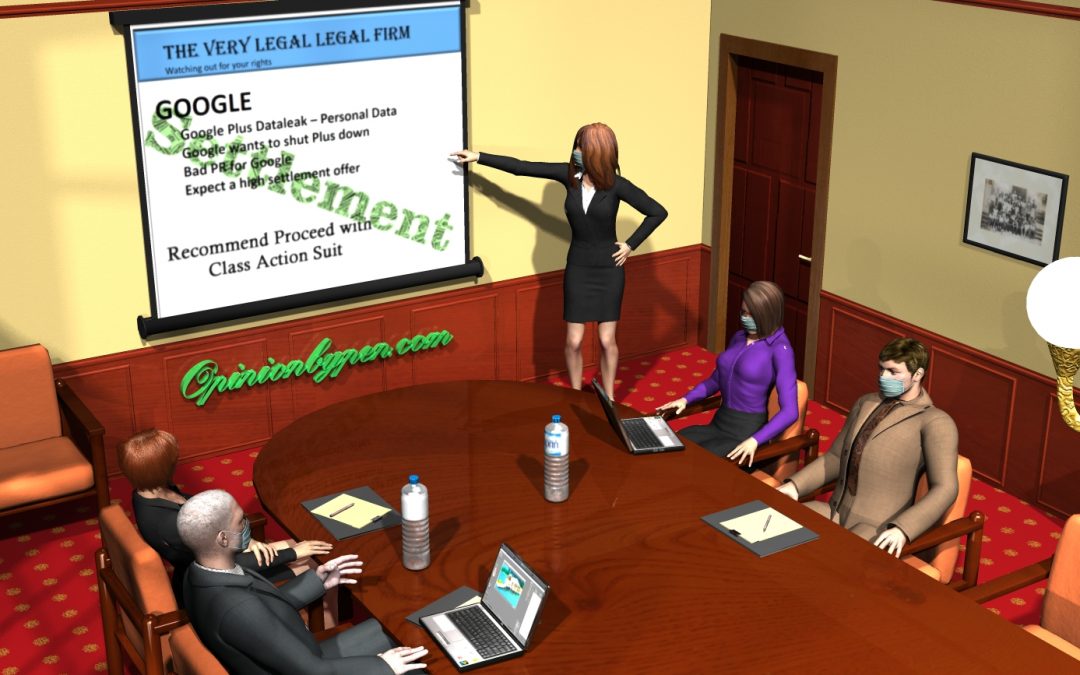 When my sister asked me to write a post on class action suits, I greeted it with all the enthusiasm shown to managers showing up at the last minute asking for a white paper, before close of business. Never mind that the need has been languishing on their desk for the last two weeks. Still, I’m finding it difficult to write about anything that’s not Covid related and she provided a starting point by attaching her copy of the Google class action settlement. Deciding there’s no harm a making my sister happy, I took a closer look at the Google class action settlement.

At one time or another we’ve all been members of class action suits. For that experience we have received numerous coupons discounts and five dollar credits. On the other hand, the lawyers involved in these suits have become rich or maybe I should say richer. I’ll be honest and admit that I have deliberately opted out of a few class action suits just to lower the amount the attorneys received. True, I probably cost them a whole two dollars from their multimillion dollar fee but it’s the thought that counts 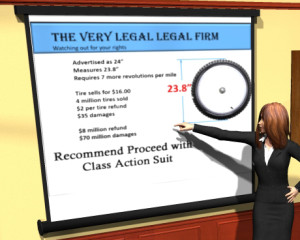 In my previous post on class action suits, I suggested that lawyers’ fees should be capped and the government should get the rest. If you think about it, most class action suits would be better suited as massive fines from a federal agency. Unfortunately, those federal agencies are too busy defending our right to have substandard internet-access.

With the government agencies pursuing their own interests, class action suits serve as a warning to the various industries. It doesn’t matter how many politicians you contribute to, if your sins are egregious enough to merit a law suit, you will have packs of very expensive lawyers at your heels

The class action suit against Google shows you just how low that bar is. Sometime during the existence of Google Plus, advertisers were able to get more data about you than they should have. For this heinous abuse of your personal data, if you fill out a lot of paperwork, you will get the princely sum of twelve dollars from a settlement pool of $7.5 million.

Here’s where you see the pitfalls of letting class action suits keep corporate America on the straight and narrow. Class action suits are only lucrative when there’s the possibility of multimillion dollar settlement. Less than a million dollars barely pays expenses. If you can’t pay, you don’t risk class action punishment. That said, we can all acknowledge that $7.5 million is a drop in the bucket for Google.

In the Google class action settlement, the four plaintiffs will get an award of $1500 each. Apparently, they are getting more because they actually complained and hired the attorneys. Sort of a class action suit bounty. I was pleased to see that the attorney fees were capped at 25% of this settlement and their expenses were not to exceed $200,000. As I was reading the settlement, I stumbled across a new term, Cy Pres recipients. If enough of us don’t boldly step forward to claim our twelve dollars, it will be given to the Cy Pres recipients.

Let’s do some math, 25% of 7.5 million is just shy of 2 million. Throw in the $200,000 for expenses and we’re there. The remaining 5.5 million dollars will support almost half a million of us submitting claims. I can assure you I don’t intend to submit a claim. There’re no restrictions on how they use the information and I would probably be giving up a lot more of my personal data just by submitting a claim. If the lawyers want my email address so they can spam me about future class action suits, they’ll have to pay me more than twelve dollars.

Let’s say a hundred thousand people do submit claims. That still leaves an awful lot of money to the Cy Pres recipients. And just what are Cy Pres recipients? It turns out that these are nonprofit groups designated, by a neutral party of course, to receive the remaining funds. That sounded unusually reasonable, especially for our legal system. Then again, I was considering all the normal nonprofit groups you and I are familiar with.

I had almost thirty seconds of that nice warm glow you get when something is done right before I discovered that Cy Pres recipients are typically firms providing, drumroll please, legal aid. I should’ve known lawyers were not about to let that much money get away.

Class Action Suits, A Way To Balance The Budget?
Apathy, How To Waste Your Vote
Website Data For My Udacity Statistics Course
Married To An Engineer, Why Can't I Have A New Oven