Amazon vs Hachette, A Consumer’s View 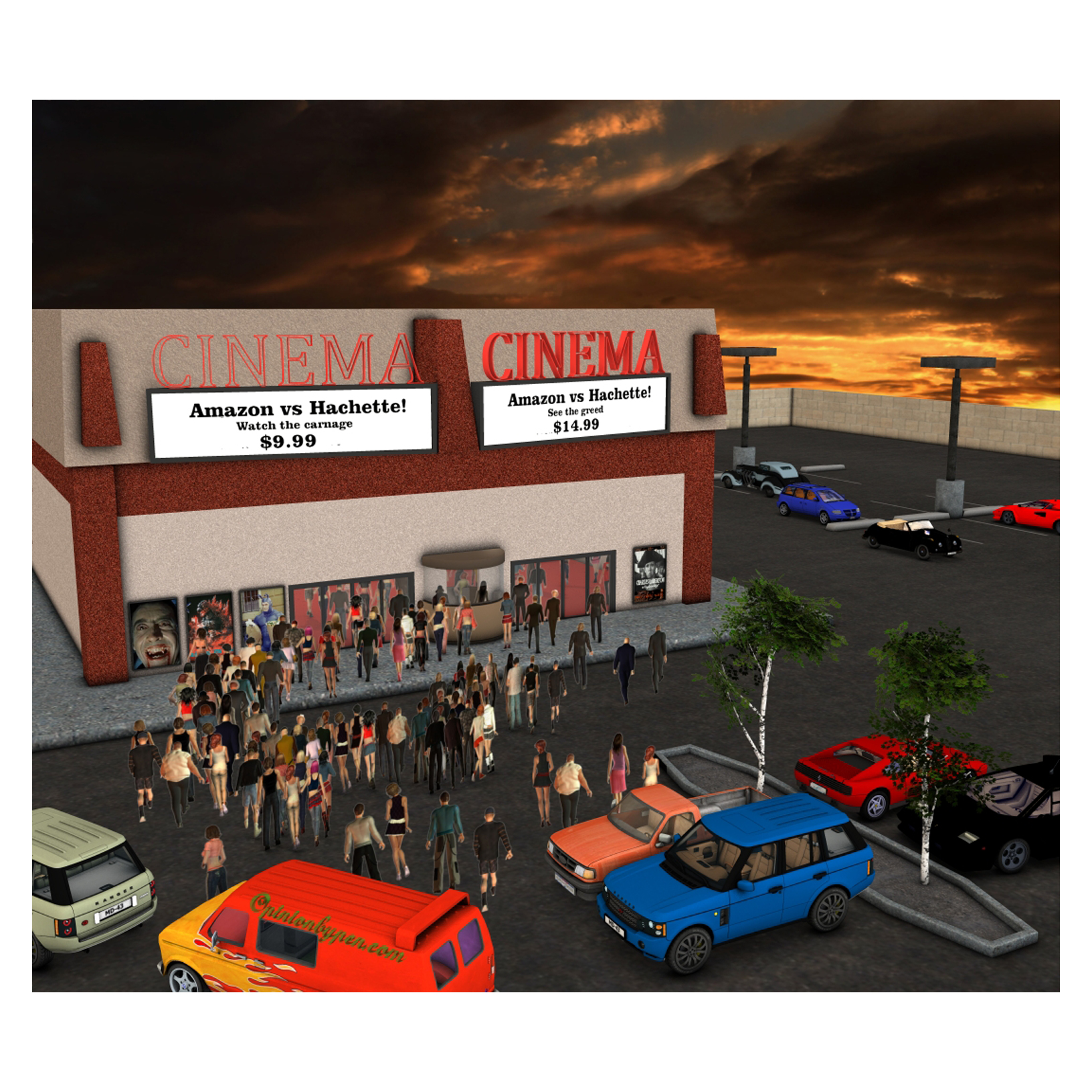 In the current argument between Amazon and Hachette, I’m not qualified to discuss the finer details of price points and author royalties. What I can discuss is my opinion and my response as a consumer. I don’t expect anything I say to influence Hachette. I think they see e-books as a threat to their existence and I believe they’re right.

In case you’re not aware of the current fight, I’ll invite you to read this letter from Amazon. Go ahead, I’ll wait right here.

The last time Hachette and Amazon clashed I stopped reading several very good authors. I could go back and read them now but Amazon is right, books compete with more than other books. It’s like a television series, miss a few shows and you stop watching. Sure you could go back but too many other things are competing for your free time.

I bought my Kindle almost a year before Apple started selling eBooks. I was apprehensive about not having something physical in my hands but between my wife and I, the house was overflowing with books. I really enjoyed the convenience of buying a book and knowing always knowing where it was but this isn’t about how much I enjoyed my Kindle, rather it’s why my wife and I stopped reading several authors.

I stopped buying from a number of authors when their publisher tried to charge me more for the e-book than the paperback. I liked these authors. Up to that point, I had purchased all of their books but to me this was just greed. There are no printing or inventory costs involved with an eBook. How could a publisher possibly feel this was reasonable? Apparently my wife felt the same way, she stopped buying several of her favorite authors.

Amazon, being Amazon, gave their side of the story. They even offered to cut the prices of the physical books. Tempting, but I was really enjoying not having to look for books or a bookmark to save my place in the book. Amazon did one other thing to make those of us with Kindles feel less cheated, they promoted a number of new authors. Take a guess what I bought and I’m still reading some of those authors.

I don’t know the details of what publishers provide but I’ll assume they provide publicity, some amount of editing, proofing and guidance on what to write based on upfront payments and a willingness to publish. That last part has always given them a significant amount of power. Publishers had the ability to chart the direction of an entire genre. There was self-publishing before the advent of eBooks but it was expensive and seldom anything more than a demonstration of the author’s ego.

Today’s technology has made it remarkably simple for an author to self- publish, cutting out the publisher completely and reducing their ability to influence. Many authors have already left the publishers to do self-publishing. True, their books aren’t promoted the way a publisher would and they don’t get up front payments for their next book but in a self-published scenario, the publishing houses have no role and no profits. No wonder publishers want to kill the industry.

Self-publishing has another drawback for both publishers and authors, it puts a lot of cheap garbage out there. Even with the publishing houses oversight, the ratio of self-inflicted torture to readable books is extremely low. Without the winnowing effect provided by the publishers, this ratio is likely to get much worse. If you don’t believe me, look at the situation with blogs. It’s incredibly difficult to find worthwhile sites and even harder to get visitors to your site.

When I do a search on how to convert a GIF to a JPG and one of the top SEO ranked blogs tells me nothing more than, “buy a program that converts GIF to JPG and follow the instructions” without even giving me the name of a program, we’ve hit rock bottom. How many more sites do you think I’ll check before turning to YouTube? In case you’re wondering, with the exception of the file types, this is a true story.

On a more personal note, I’m not sure that the publishers are doing a better job. I don’t know what their fascination with the undead is but I’m really tired of romances involving vampires and werewolves masquerading as fantasy.

I  understand why authors are concerned about this fight but Hachette won’t win this fight. I feel very sorry for the authors tied to Hachette. For many of these authors, this will be their last book but people aren’t looking for authors, they’re looking for entertainment. If Hachette wants to take a Luddite stance to push back technology, that’s their choice. The music industry tried to do the same, look where they are now. As a consumer how I spend my money is my choice and Hachette is not on my list. Maybe they should also consider reviving eight track tapes. 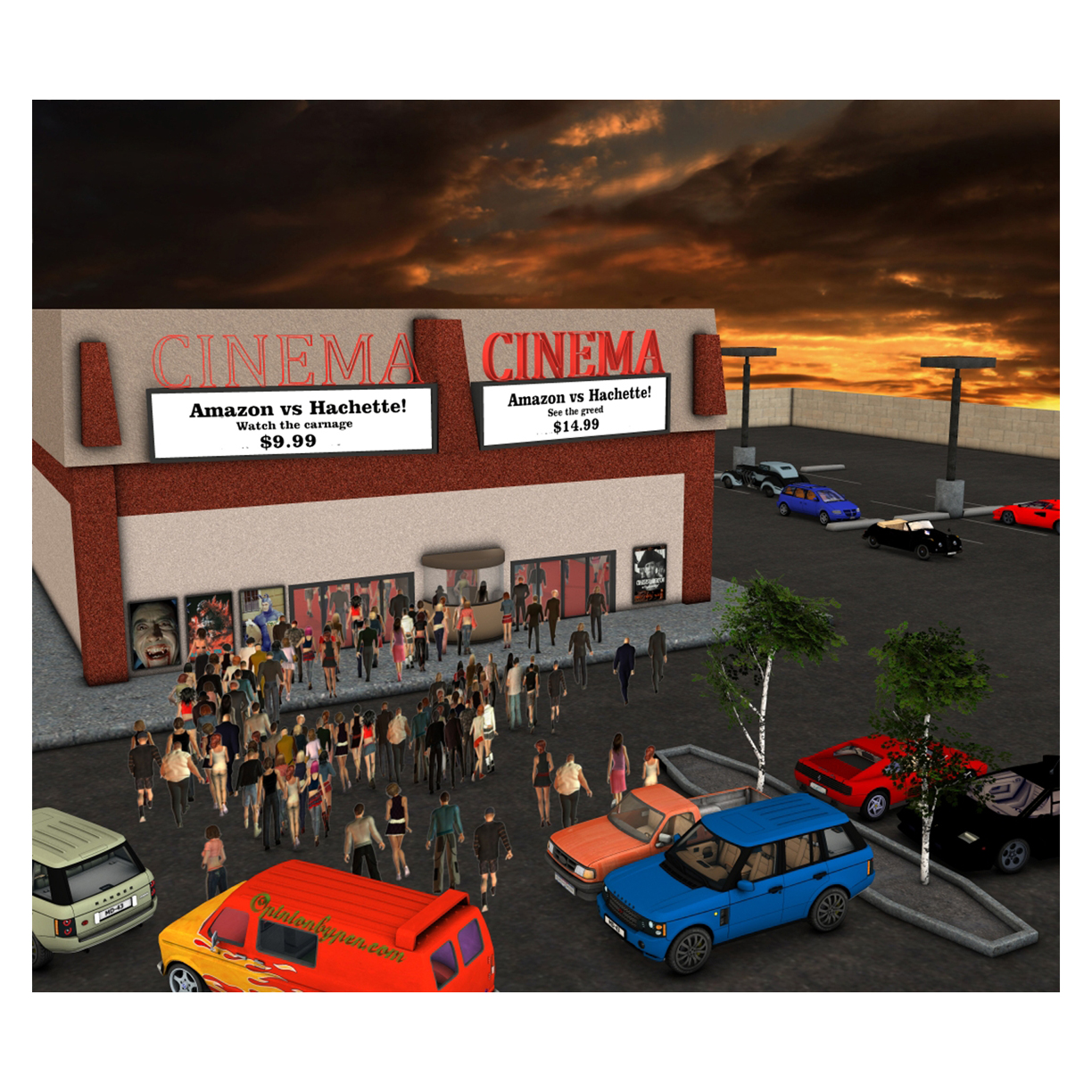 Married To An Engineer - The AI Version
Handwriting as a training method?
Requirements, A Tale With Two Socks
The Loss of A Subscriber; You're More Important Than You Realize.