Married To An Engineer: When Does Repair Become Replace?

“I know engineers better than that! They would never throw away a 3D printer that quit working without trying to repair it first.” These words were exclaimed by my wife as she watched a credit card commercial showing engineers trashing a malfunctioning printer and using a credit card to order a new printer. She was excited that after 30 plus years of marriage she was beginning to understand engineers and had greater insight into the way engineers think than the writer of the commercial. 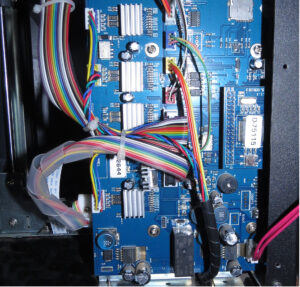 Those ribbon cables are bound to be useful

She’s right, we would first try to repair the printer. This is a behavior deeply embedded in our nature. The printer failure represents a challenge as well as an excuse to study the design in detail. Only after we decided to abandon the attempt, probably due to schedule, part availability or that growing realization that this really is an inferior design, would we consider ordering a new printer. You did notice the old printer is no nearer the trash. It might still come in handy.

Once the new printer arrived and proved itself, we might crate up the old printer and preserve it as a challenge for a future date (thus maintaining full deniability that we were actually unable to repair it). Should the failure be deemed irreparable or the initial design inferior, we will probably strip the old printer down for usable parts. You never know when a stepper motor or two will come in handy and you can always use a power supply.

There is a caveat to this behavior. I hesitate to put it in print because it’s a behavior my wife has witnessed several times without being fully aware of the forces involved. Technolust will overcome the reluctance to change. Different engineers have different thresholds but for me, technolust becomes an overwhelming force somewhere around two generations of technology.

I’m still using farm shirts that were purchased in the seventies. They have acquired a few holes and tears over the years but they’re still wearable. I’ve been buying the same exact model of boots for over 10 years. I’m not about to change for fashion but while I will happily ignore fashion in favor of personal preference, I’m a complete pushover when it comes to technology trends.

Should my printer be two generations behind the current model, its fate is already hanging by a thread. My wife will have already heard comments about how slow it is or how the temperature just won’t hold. These statements are all building up an excuse for a new printer. Stop looking so smug, we both know you’ve done exactly the same with your phone. 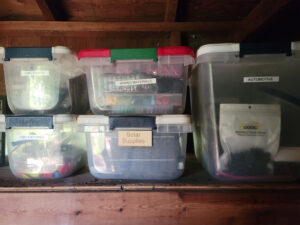 One little hiccup, a single print that does not adhere well to the build plate and my printer has stepped that much closer to becoming a bin of spare parts. Repairing it no longer presents a challenge, the challenge has become assembly and installation of the new printer.

It’s only at this point that you will see a malfunctioning printer being tossed into the trash in favor of a new printer. I should also mention that this is done purely for dramatic effect. Once the supervisor or wife has acknowledged the need for a new printer, we’re still likely to do a bit of dumpster diving to recover all those future spare parts. It’s simply our nature. 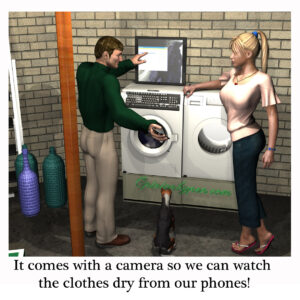 This behavior certainly isn’t limited to 3D printers, Computers, smartphones, tablets, harddrives, monitors, the list is endless. It does pay off every once in a while. About a year ago, I upgraded both monitors on my main computer to quad density, 3840×2160. This spring, after a particularly violent thunderstorm, one of my wife’s monitors simply refused to come back on. I was quite a hero when I quickly had her back up and running with one of my spare monitors. We don’t need to mention why I had a spare monitor.

Back to the printer discussion, I noticed my last few prints were a little rough on the side. It probably just needs a slight belt tension adjustment. I hear the Prusa XL won’t need nearly as many manual adjustments…

The Art Of Communication, Let Your Audience Dictate How You Say It
Beginning
An Attempt To Make Sense Of The Rules Of Writing
The Killing Frost, A Transition to Winter In My Garden