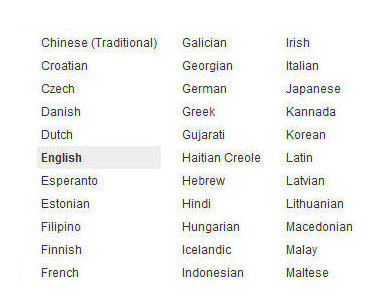 I read a lot of Science Fiction and Fantasy. I enjoy the way it gives the author the freedom to explore different concepts, different rules of physics, different societies. I also don’t have to look for a deeper meaning. One of the books that really made me think was “The Languages of Pao” by Jack Vance.

Please don’t rush out to buy a copy. It is escapist fiction and contains a lot of interesting concepts but it won’t make the best seller list. It involved a world being bullied by pirates. They hire a consultant to help them get rid of the pirates and rather than giving them training or better weapons, he changes their culture. He does this by creating closed societies with different languages, thus the title.

Enough about the book. Think about this simple concept, language shapes the way we think. Yes, it’s sort of a chicken and egg thing because our culture shapes our language. Even the mutability of the language lends itself to our cultural growth. If your language can’t incorporate new concepts easily, it dies out and with it much of the framework for your culture. I start to understand why the French are so protective of their language.

If you are able to speak more than one language, take the time to think about a complex problem in both languages. You’ll see that the language forces you to think along certain lines. If you continue that thought, you can see some problems are more easily solved by thinking in one language than another. The solutions you think about are likely to be different, simply because the language shapes the way you  think. How do you think that affects the culture?

As the world changes, the language also needs to be able to change. If you can’t express today’s concepts in your language, it’s very likely that your language will go extinct. On the other hand, languages with high mutability allow incorporation of new concepts easily.

Each new generation has their own impact on their language. It starts out being called slang and helps give that generation a stronger identity of self. If someone speaks your slang, he’s part of your culture and you tend to trust them a little closer. If they can’t speak the slang, you automatically know them for a stranger. As the words are incorporated into mainstream, that generation becomes a little more mainstream themselves.

I was very surprised when I learned that Hebrew was at one time a dead language. It was resurrected to give Israel a common language.  I wondered at the time why they decided to use a dead language, but now I see it as something that gave them a strong cultural identity.

Think carefully about the words you use on a daily basis, in speaking, in writing, in casual conversation.  Every time you use them you are reinforcing a small aspect of your culture. Every time you select one word over another you are influencing your culture.

Of course, if you move too far off the consuetudinary path, no one will be able to understand you either.

Customer Retention, A Forgotten Concept Or Counting On Our Laziness
Is Windows 10 So Bad I Should Consider Using Linux?
A Mother's Day Post On Political Change
Repairing My 3D Printer