Do Dogs Have Psychic Powers? 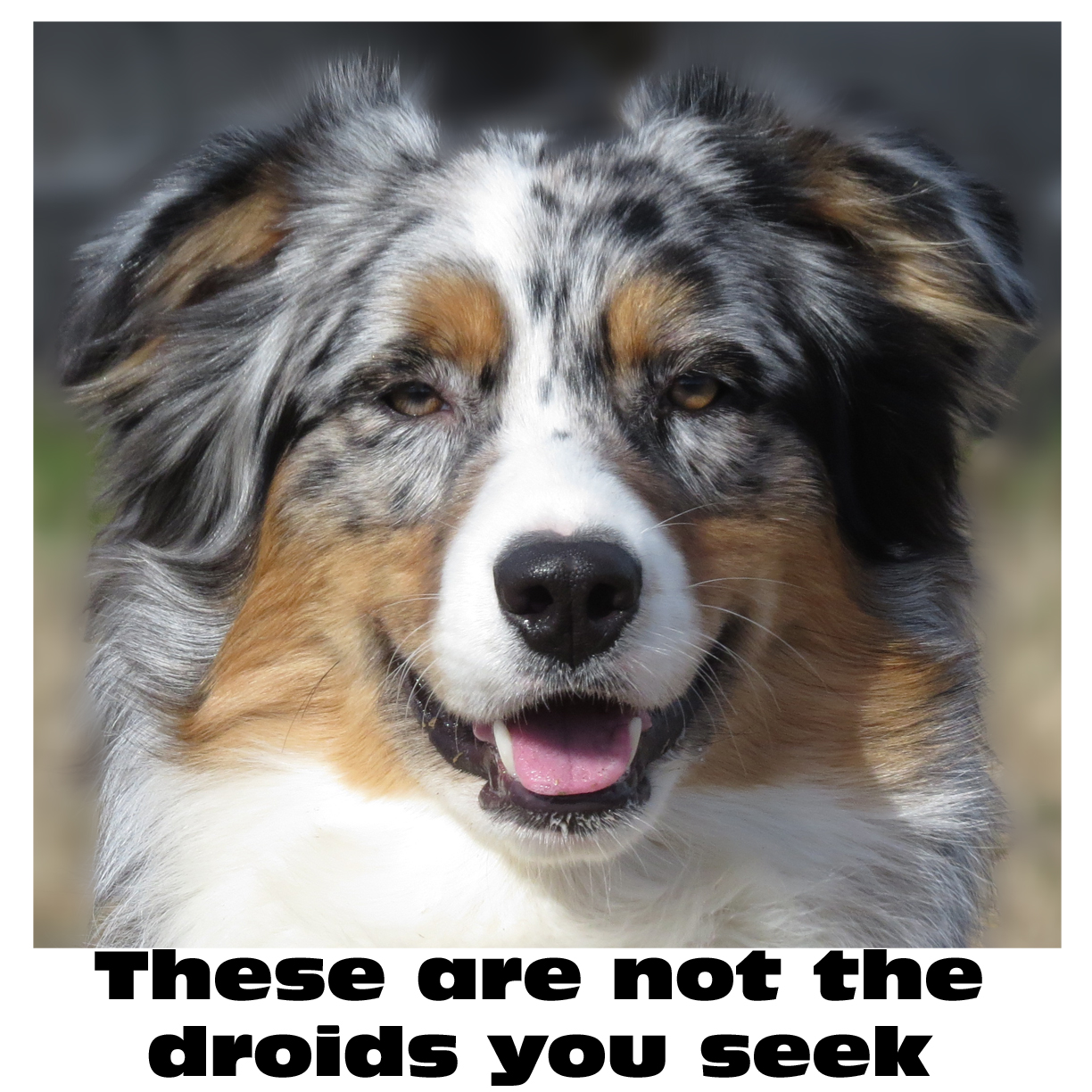 I’d like you to consider the possibility that dogs have managed to develop a psychic bond with us. I know the animal psychologists say that dogs are extremely perceptive and watch us for small clues. That’s why our dogs turn into a pack of whirling dervishes when my wife gets her car keys. They know the odds are good someone is going to class. It’s certainly easy to understand that behavior.

Harder to explain is when they come over to my chair, sit down and quietly stare at me. I should explain they always do this when it’s after nine PM and my wife is in the bedroom. I know what they want, they’re Australian Shepherds, they’re trying to herd me into the bedroom with my wife. It’s both strange and very entertaining to see them come up one at a time and try to convince me I need to go to the bedroom.

But when they do this, they don’t bark, whine or touch me. They just sit and stare at me as if psychically telling on me that I’m supposed to be in bed. It usually doesn’t take more than two visits from the canine overlords before I give up and head to bed.

I know that doesn’t prove my dogs have psychic powers, it simply suggests that they believe they do. Either that or they think I’m as perceptive as they are and if they reason that well, they already have enough evidence to know that’s not true.

Our senior Australian Shepherd, Shelby, definitely believes she has psychic powers.  Shelby is now 14 and sometimes can’t quite make it through the night without needing to go out. Living in the country does have some drawbacks, mainly unwelcome visitors through doggy doors, so she has to get one of us up before she can go out. For some reason she prefers to have me take her out, even to the point of ignoring my wife when she tries to help. I don’t mind, she’s 98 in dog years and has given my wife and me more affection than we ever imagined.

Often I wake up to see her staring at me. Once I acknowledge her, she heads to the door, confirming her need to go out.  If I ignore her stare, she will progress to a whining or hand bumping stage but usually I wake up to her intent stare. I’ve speculated that maybe she has already whined or bumped my hand and is waiting for me to wake but usually once her need has progressed to that point, she doesn’t stop whining until I take her out.

Her bed isn’t close to our bed so the only reason she comes over is when she has to go out. It could also be that I’m a very light sleeper and wake up when I hear her breathing. As soon as my wife stops her hysterical laughing at the idea of me being a light sleeper, I’ll just say I sleep quite soundly.

I agree there’s no evidence to back up that theory. Maybe I’m a statistical anomaly and her need to go out coincides with my lightest stage of sleep. If I were only a data sample of one, I wouldn’t mention Shelby for fear you would think I’m a nutcase. Fortunately for me that’s not the case.

I was at work discussing dogs with a friend of mine and he described almost the same situation with his dog. Now there’s two of us. Still a statistical anomaly? Yes, we represent less than half a percent of the people at work but take away all the people that don’t own dogs and the people that keep their dogs outside, we start to look significant, in the statistical sense.

My dogs certainly believe they have the power. They believe they know how to communicate with me. When they want to go outside they start by staring at me and then barking if I don’t get the message. When they want extra scratching they use their nose to toss my hand. So why do they believe staring at me when I’m up to late will convince me to go to bed? If I continue to ignore them, they go back into the bedroom and send out the next dog. They never escalate that request to a bark. Why does Shelby think staring at me in the middle of the night will awaken me enough to take her outside?

With just two humans claiming to be influenced by psychic communication from their dogs, there’s still room for the rest of you to believe we’re nutcases but while my wife will occasionally question my grasp on reality, my dogs obviously think they’re communicating. We need more data and that means turning to you, the person reading this post. If this has happened to you, please, leave a comment. Share what happened and how it happened. Your dogs want to know if they’re getting through.

Companies Not Reading Your Complaints? You're Probably Dealing With A Chatbot
A Proposal For Developing Engineering Synergy
Amazon vs Hachette, A Consumer's View
Contempt For Others, An Object Lesson