A Guide To Your Valentine’s Day Chocolate 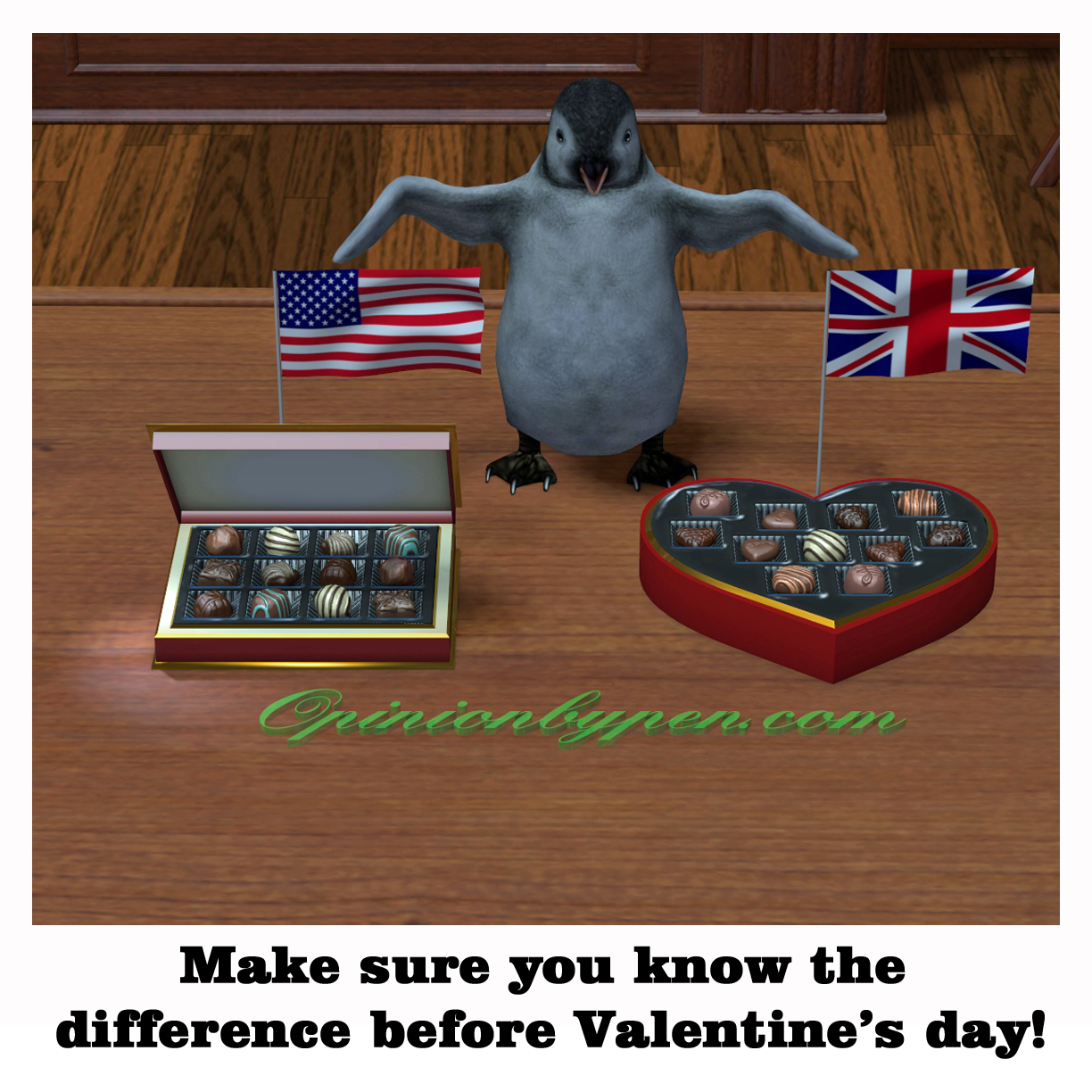 Valentine’s day is always difficult for me. I love my wife but I have trouble remembering an arbitrary date hyped by advertising agencies to make poor fools like myself feel like lesser creatures if we don’t shower our wives with chocolate and presents.  If you’ve read my previous Valentine’s Day posts, An Engineer Attempts Valentine’s Day and How Do I Know If an Engineer Loves Me, you know I struggle with the concept. This year the fates smiled on me, my wife asked me to write a very specific post on chocolate. Given how important chocolate is to Valentine’s day, I couldn’t ask for a better topic.

I’ll admit that no matter how well I write, I can’t do justice to her anger. I wanted her to write it but she was so angry she kept spitting on her screen and then having to clean it off. What has her so irritated that she would enlist my aid to spread the word? She’s upset about a deliberately contrived shortage of chocolate! Not just any chocolate, British chocolate.

Until she told me about the difference between British chocolate and American chocolate, I wasn’t aware that there was a difference. In general, chocolate produced for the American market is made with large amounts of sugar while British prefer chocolate made with milk, giving it a richer flavor. Normally that wouldn’t be a problem. If more people liked the British formulation, companies would start making chocolate based on the British recipe. If you really are in the minority but still a chocolate connoisseur you can always buy it from an import shop.

That is, until Nestle has its way and gets imported chocolate banned. My wife stumbled across this article and has been fuming ever since,  http://www.nytimes.com/2015/01/24/nyregion/after-a-deal-british-chocolates-wont-cross-the-pond.html?_r=0

It seems strange that Nestle owns Cadbury and could stop simply marketing Cadbury in the USA, but they’re concerned that independents might import Cadbury, causing Americans to realize how inferior the chocolate produced for us is. It makes you wonder just how big the difference is.

A slight amount of research with Wikipedia on the different categories of chocolate and I realized it was a much bigger difference than I thought. A lot of American chocolate couldn’t meet the minimum requirements for EU chocolate. In order to sell it in Europe, it would have to be relabeled as chocolate flavored.

Still, I found it difficult to be sympathetic to my wife’s cause. British or American, I like chocolate then she found a very simple way to explain it to me, Coke versus Pepsi. I don’t care which side of that argument you fall on but when I ask for a Coke and the waiter offers me a Pepsi, I’m irritated.

When I’m at an airport and find out that Pepsi has the concession for the entire airport, I’m very aggravated. I don’t want to settle for a Pepsi, I want a Coke and the only reason I can’t have one is that Pepsi bribed the airport officials for exclusive rights. Yes, I know we don’t call it a bribe but what do you call it.

Maybe my wife and I have more in common here than I thought. I’ve got to give Nestle credit though, rather than pay for the right to foist inferior chocolate on America, they’re using the legal route. It’s the same principle but they only have to pay the lawyers once.

I can see you’re not convinced this is a matter to get angry about and you’re probably right. After all, you wouldn’t mind if someone told you which computer you had to buy based solely on where you lived. We’ll just hope you don’t live in the neighborhood that can only buy the cheap Android tablets because someone realized he could make more money by buying the concession in your neighborhood than by giving you a quality product.

How about restricting your choice of cable provider based on specific geographical locations? Oh wait, we already do that. Look at how well that worked out for us.

How would you feel if your choice of religion was restricted, based on where you live? Come to think about it, wasn’t that how America got started?

I think a company should have the right to market its products where it wants to. Certainly if a company wants to use cheaper ingredients and produce a chocolate that tastes only slightly better than the edible candles on my last birthday cake, they should be allowed to. But as consumers, we should be allowed to taste the difference and buy the variety that tastes best to us.

Using the legal system to ensure that we don’t have a choice, while seemingly very American, is contrary to our founding principles and makes you wonder where else Nestle is cutting corners in favor of lawyer fees.

Gentlemen, I put it to you, do you really want to show your love for your wife by giving her an inferior chocolate? Remember, she’s probably read this article too. Do yourself a favor, give her real milk chocolate while you still can. This is one time that “made in America” is not a label of quality.

Why Are We Allowing The News Media To Manipulate Our Opinions?
Don't Be Seduced by Technology
A Plateau In Blogging, Which Direction From Here?
Email Scam or Luckiest Man Alive?