My Experience With Ramsay Hunt Syndrome 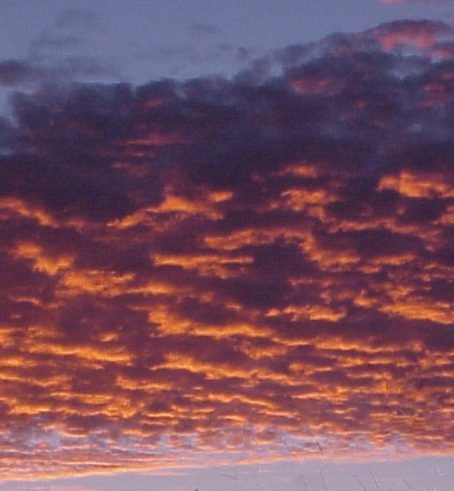 This is not something I wanted to write about but as I said in Questing, I’m trying to be more open and share my experiences. I told myself that once this was not a major factor in my life I would write about it.

About 8 weeks ago I had a slight earache. Well, not quite slight. Accompanying it was a very sharp pain spike that would randomly occur. People watching me could see me stiffen up with the spike. Because of my background, I thought of it as a reset pulse and it certainly did cause my thoughts to reset.

I was given some very strong antibiotics and told to give it a few days. After three days the pain was constant and I had a rash down the side of my face that looked like I had taken a major beating to the left side of my face.  Time to see a specialist. I think I finally got lucky there.

My doctor looked at me, looked in my ear, asked me to close my eyes, wrinkle my brow, squench my face and then smile. I humored him even though it was almost impossible to smile through the pain. In his most compassionate doctor’s voice he explained that I had a viral infection of the facial nerve or Ramsay Hunt Syndrome. There’s lots of information on the Internet about Ramsay Hunt Syndrome, I don’t need to add to that.

The good side was that the pain would probably go away and I would recover. The bad side was that there were a number of possible side effects that might not go away. Hearing loss, loss of equilibrium, inability to fully close my eyes, facial tics and partial facial paralysis to name a few. To be honest, I only wanted to know the pain would go away. He gave me a prescription for 10 days worth of steroids and antivirals and wanted me back in 2 weeks.

Saying two weeks gave me hope that this would be gone by that time. How wrong I was. By the end of ten days I was still in pain, not near as bad though. My left side of my face was still swollen but the sores were healing. During my second visit, again in his most compassionate voice, my doctor explained that the nerve took a long time to heal and that I was mending, maybe a few more weeks. He also said that studies showed additional steroids or antivirals were ineffective. Next appointment was for a month later.

A short sideline into some of what I experienced here. Normally when I’m sick I spend the day playing video games. If you’re just soloing for experience or coin it doesn’t take much focus. That turned out to be a very bad idea. I came to associate my game with the pain and dreaded logging in. I really liked Tera but will have to overcome my feelings before I can play it again. During the worst of this, I spent a lot of time watching “King of the Hill” on my Amazon Prime.  No concentration required, only half an hour and thirteen seasons worth. By then I understood what had happened with Tera and was not worried if I ended up hating Hank Hill. I do.

I’ve lived most of my life in Texas and managed to avoid being stung by scorpions. I don’t know what changed but I got stung twice while I was recovering. The first time the pain lasted about 5 minutes, the second time it lasted about 24 hours. Both times, the pain in my ear disappeared. Apparently I could only concentrate on one pain source at a time. I did consider keeping a few scorpions as pets but realized I was being impractical.

Slowly the pain went down and I was faced with a new sensation. It’s hard to describe but imagine the way a limb tingles as it starting to wake. This was happening to my face and ear. With no warning my face would start tingling and it felt like water was pouring down my face or my ear would start itching like an insect was crawling down it. I have three areas on my face that while not numb, feel like there’s a piece of cloth between them and my razor.

All of this is getting better. My ear seems to be about two weeks behind my face in healing but the pain is now only slight and intermittent. I had my third appointment with my doctor. After seeing the results of my hearing test he feels there is no concern about permanent damage. We both know I’m getting better, it’s just a matter of time.

I was fortunate. The semi-numb blemished areas on the left side of my face that will probably fade with time. I still have minor pain in my ear and a slight amount of ringing in my ear. I’m confident that this will go away too.  This could have been far worse and is for many people. The sooner you get treatment started, the better your chances of full recovery are. If you have an earache and with a rash developing on your face, see your doctor quickly.

One last thing. As the pain, goes away my sense of humor seems to be returning. My poor wife must feel like she’s married to Jekyll and Hyde. When the ear is hurting, I’m irritable and cranky. Now when it stops hurting I’m full of mischief and glee. I know balance will come but in the meanwhile, my dearest wife, I apologize.

Update Jan 9: I had a dental cleaning yesterday. The reason that’s important is that it marked 6 months since I was diagnosed with Ramsay Hunt.  The pain is gone but my face and ear still itch when I’m stressed or very tired. I’m also seeing some scarring develop on my face. It’s not obvious but I’m surprised it developed after most of the symptoms disappeared.

Why Would You Want To Write A Blog?
How My Quest Took Me To Red Sneakers And Scrivener
Language and Culture
Use It Or Lose It, A Cautionary Tale To All Husbands