Speed Reading, the Good and the Bad 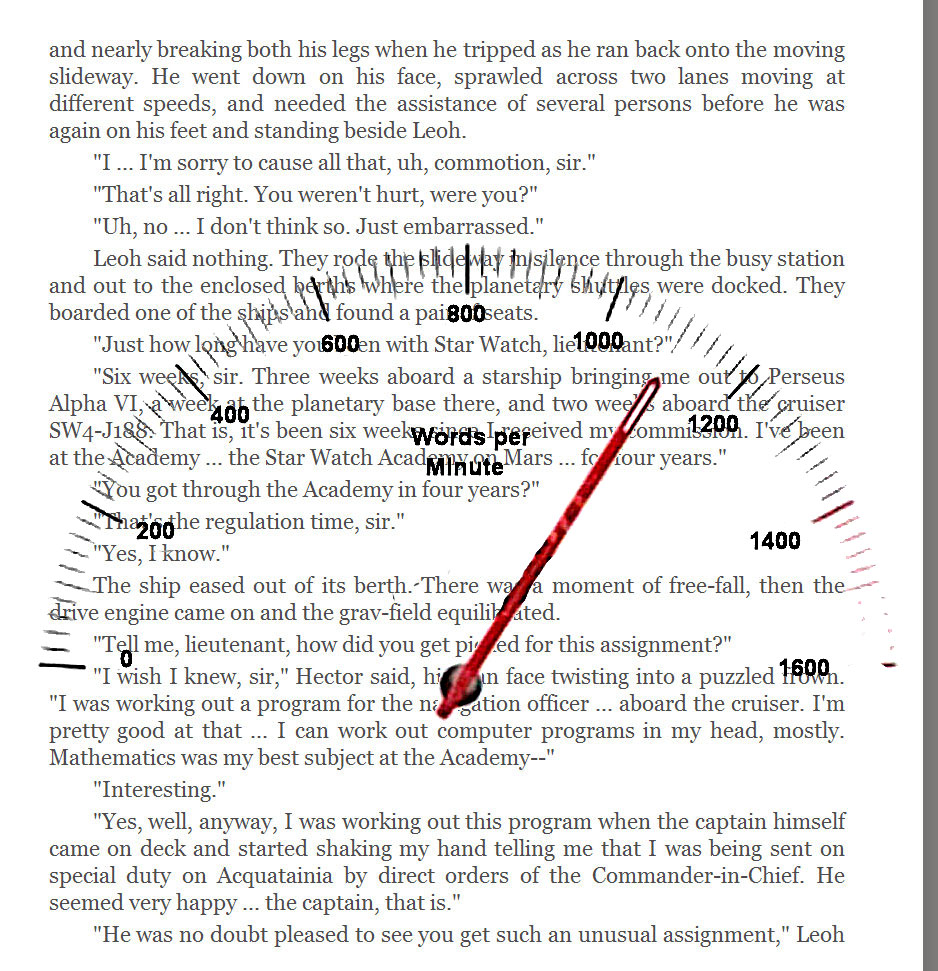 I’ve always been proud of being a speed reader. With light fiction I can hit about 1000 words a minute. If I’m scanning a document for key words, I can push it far above that. It’s not a skill that I was taught, it just sort of developed. When I read I see the words as a picture, not individual letters.

Recently I was talking to someone that was taught in grade school to read using this technique. They told me the program was soon discontinued because of the drawbacks. That’s when I realized that some of my own difficulties were directly related to the way I read.

I’ve always had difficulty spelling but I was confident that the future would bring a spellchecker. Fortunately I was right but now I understand why I can’t spell.  Since I see a word as a picture, I can tell if it’s wrong but I have no clue how to make it right. Think of the painting American Gothic, the one with the farmer and his wife. If the farmer and his wife changed places, you would probably feel it’s wrong but have no idea how to correct it. That’s me with words. I often wish they made a turbo powered spell checker for all those times I’m so far off that spell check has no clue.

Another issue is that since I see the word as a picture, I don’t associate a sound with it. When someone discusses a book with me and names a character or location, I have no idea what they are talking about because I see the picture I don’t hear the sound. At these times my wife just thinks I’m incredibly stupid and finally shows me the name. Once I see the name, I know exactly what she is talking about.

I remember in grade school I had to attend special courses in phonics. My teachers tried hard to get me to associate sounds with the letters and groups of letters but they had not taken the time to understand my problem. They provided me with lots of study guides to read and wondered why I did not improve.

I wonder if my difficulty in learning languages is related to this. While I’ve learned to read other languages , when it comes to actually hearing or speaking the language, it’s almost impossible for me to accomplish.

If I had had a choice, I think I still would have selected the speed reading option but I certainly had no idea what I would be giving up for that.

While I’m pinning deficiencies on my speed reading, I’ll claim that my inability to remember names is caused by this. I haven’t worked out the relationship but it certainly sounds like a good excuse.

The SainSmart 3018 PROVer CNC Router, A Review
What's The Infinity Mirror Aspect Of The Internet And Why Is It Bad?
Shelby, The Reason I Have Australian Shepherds
Why Is It So Hard To Describe A Problem To An Engineer?