A Review Of The Audible Books I Listened To In 2018

In years past, my first post of the New Year tends to be a retrospective of the previous year for Opinionbypen. These have included a look at the numbers of visitors, my favorite posts, what I did right over the year and even a look back at how well I met my goals for the year. Based on the number of people reading those posts, only a few of my most loyal subscribers ever read those posts. Most people would have tried another tact by now. Too bad for you, I’m just not a most people kind of guy, I’m an engineer. 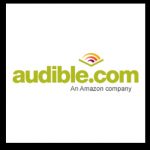 I spend an average of ninety minutes commuting every workday. Given the quality of news reporters and my taste in music, I spend most of that time listening to books from Audible.com. This year, I decided to get as personal as I could and give you a glimpse into all of the Audible books I listened to in 2018. The overachievers among you will point out that I have 33 books listed and a deluxe membership only provides 24 book credits a year. I can only say I take full advantage of Audible’s sales.

In absolutely no order, here are the books I used to entertain and educate myself during last year’s commute. A word of warning, this is probably the best glimpse into my personality you will ever see. Try not to judge me too harshly.

The Consuming Fire: The Interdependency, Book 2 – John Scalzi
………….Great science fiction narrated by Wil Wheaton. It doesn’t get much better.

The Black Prism – Brent Weeks
………….Good swords and sorcery fantasy but I haven’t felt compelled to start the second book in the series yet.

The Street Lawyer – John Grisham
………….Enjoyed it, classic Grisham before he descended into boring.

NLP: Dark Psychology – Secret Methods of Neuro Linguistic Programming to Master Influence over Anyone and Getting What You Want: Dark Psychology Series, Book 4 – R.J. Anderson
………….I’m neutral on the effectiveness of this book but I did find it interesting.

A Murder of Manatees: The Further Adventures of Tom Stranger, Interdimensional Insurance Agent – Larry Correia
………….It’s an acquired taste but it was narrated by Adam Baldwin.

The Fold – Peter Clines
………….An interesting concept and I like the author but there was a lot of room for him to improve.

Depth of Winter – Craig Johnson
………….The latest in his Longmire series.  I enjoy the characters and really envy the descriptions Craig Johnson writes.

Age of War: The Legends of the First Empire, Book 3 – Michael J. Sullivan
………….Swords and sorcery but I enjoy almost everything Michael Sullivan writes.

Inside of a Dog: What Dogs See, Smell, and Know – Alexandra Horowitz
………….I have to be honest, I gave up after chapter two. The subject sounded interesting but the author was too busy giving disclaimers to ever give any meaningful information.

Pre-Suasion: Channeling Attention for Change – Robert Ciadini Ph. D.
………….Really interesting. I discovered how advertising was manipulating me and the testing behind their tactics.

Writing Vivid Settings: Writer’s Craft – Rayne Hall
………….Yep, I’m still working on my novels. It was a good book on how to write settings. Goes a little overboard for my tastes. If I ever read one of her books, I would probably end up skipping a lot of her descriptions.

The Stars My Destination – Alfred Bester
………….I enjoyed the story as a teenager and wanted to revisit it. Glad I did. My understanding of the story changed significantly.

Three Men in a Boat (To Say Nothing of the Dog) – Jerome K Jerome
………….I first heard about this book while reading Heinlein’s Have Spacesuit Will Travel. Glad I finally got a chance to read it. Not quite PG Wodehouse but close.

You’re Never Weird on the Internet (Almost): A Memoir – Felicia Day
………….I was impressed when I discovered Felicia Day had written, directed and produced her YouTube series, The Guild. I’m really glad I took a chance on her autobiography.

The Queen’s Poisoner: The Kingfountain Series, Book 1 – Jeff Wheeler
………….More swords and sorcery. Sadly, I could never get into the series.

The Paper Magician – Charlie N. Holmberg
………….Fantasy. Not quite what I enjoy but not so bad I quit listening.

The Red Knight – Miles Cameron
………….Sword’s and Sorcery. I think this was one of his earlier books. Even so, I enjoyed it and would have continued with the sequel if it had been in my library.

To Hell and Back – Audie Murphy
………….A great glimpse into the life of a true World War II hero. I felt that the content had been heavily influenced by the war department to keep a positive spin.

The Punch Escrow – Tal M. Klein
………….Science fiction. It had an interesting concept but the author’s constant use of expletives led me to decide his concept wasn’t that interesting. I never finished the book.

Suggestible You: The Curious Science of Your Brain’s Ability to Deceive, Transform, and Heal – Erik Vance
………….Wow. Ever start a book you just knew was going to be bogus and instead it turns out to be very informative? This book was far better than I expected.

The Bloody Ground: Battle of Antietam, 1862: The Starbuck Chronicles: Volume Four – Bernard Cornwell
………….Historical fiction. Notice this is volume four. I spent December of 2017 listening to the first three books in the series. Needless to say, I enjoyed all four volumes.

The X-Files: Cold Cases – Joe Harris, Chris Carter
………….Not bad but not up to early X-Files standards either.

The Equalizer – Michael Sloan
………….I finished the book.

Churchill’s Ministry of Ungentlemanly Warfare: The Mavericks Who Plotted Hitler’s Defeat – Giles Milton
………….World War II as seen by the British. I found it very educational and entertaining. Your mileage may vary.

Endurance: Shackleton’s Incredible Voyage – Alfred Lansing
………….Almost unbelievable that any of them survived. I was shivering with the cold despite being in a Texas summer.

Brainfluence: 100 Ways to Persuade and Convince Consumers with Neuromarketing – Rodger Dooley
………….Absolutely incredible. Sales professional or consumer, you need to read this book

Phenomena: The Secret History of the U.S. Government’s Investigations into Extrasensory Perception and Psychokinesis – Annie Jacobsen
………….I.’ve always maintained that the worst person to narrate a book is the author. This book was no exception. I almost did not finish simply because of the narrator. Still, the book is an amazing factual look at the unbelievable amounts of money our government has spent on psychic research.

That was my Audible books for 2018. Know of any books you think I should be listening to in 2019? I’m always on the lookout for a new book or a new author.

Looking For a Christmas Present? Try Audible.com
The Way We Present Numbers Reveals A Lot About Us
A Sense Of Community, We Need To Thank Those People!
The Rise and Fall of a Power Zombie