Evolution is one of those topics on which everyone has an opinion. Don’t worry, I’m not going to try influencing your opinion but I am going to tell you how it works to your advantage. Consider your phone for example. Wait, you thought I was talking about the biology version of evolution? No, I’m sure Congress will be legislating how we should think on that any day now until then I’m going to discuss technologic evolution and your incredible influence on it.

While the evolution of your phone has been driven by technology, user preferences and really smart marketing, it turns out that you’re the major influence. Rather than go through your entire phone, I’ll use its battery as an example. Your preferences are simple to express, longer battery power, shorter charging time, small size and don’t burst into flame. Because of your preferences, manufacturers have designed their processors for efficiency, batteries are intelligent in order to provide faster charging and Samsung has sunk their flagship. All to please you.

Okay, the Note is an extreme case but Samsung was trying to pack as much power as possible in as small a package as possible and in their failure you’re likely to see Samsung’s Note become extinct.

Your preferences drive most of the technologic evolution in consumer goods. Remember when we had to bail out our domestic auto manufacturers? They weren’t listening to the consumers as they continued to churn out low quality, gas guzzlers. Evolution in action, they could not survive without changing.

Every once in a while there’s a non-viable mutation, think Edsel, Windows 8 and New Coke. These usually become extinct quickly.

Still not convinced. Think about the evolution in the way you listen to music. In my lifetime I’ve seen music move from vinyl records, to eight track tapes, to cassettes, to CDs, to MP3 players and finally to cloud based streaming. There’s no question that technology played a part in that evolution but your preferences drove that evolution and in many cases drove the technology behind those devices.

When everyone was buying cassettes and VHS tapes, companies were spending massive fortunes of research money on how to produce better magnetic tape and how to get more data on the tape. How much money do you think was spent on magnetic tape research last year. Can you even buy VHS tape anymore?

My point is that you’re the one driving this technologic evolution but unless you’re aware of your role in this you’re probably not doing your part. I don’t think there’s any question that Betamax was superior to VHS and yet Betamax went extinct while VHS survived. Why? The VHS consortium did a better job of marketing.

Today, more than ever, everyone is listening to you. Every website you visit, every click you make with your mouse, every time your mouse pauses, all of these actions are logged and analyzed for your preferences. Manufacturers and retailers are literally begging you for your reviews. Why?  Because people no longer trust manufacturers to tell the truth, they want to hear your words.

My website, Opinionbypen, is a direct reflection of your preferences. I haven’t stopped writing stories but I haven’t updated the stories section in over a year because no one visited that section. I update the News section about once every three months. Oddly this is about the same frequency that someone actually looks at that section. With the exception of Ramsay Hunt, I post articles similar to the ones people read the most. That’s why you won’t see any more political commentary from me and you will frequently see posts on the way engineers struggle to cope with the rest of you.

In other words, you have the power to drive this technologic evolution. If you like something, say it. You can do product reviews, Facebook likes, Tweets. People will listen to you. Likewise, if you don’t like something, say it. Put the details in a product review. Tell people how dumb you think it is to make a tablet with a thirty minute battery life and a three foot power cord.

Feel shy about writing reviews? That’s okay, just read a few more reviews, hover your mouse a little longer. Have faith, manufactures and retailers are taking note of you.

Make yourself heard. Don’t let your voice be drowned out in a sea of people paid to extol the manufacturer’s products. We have the technology, you have the power. 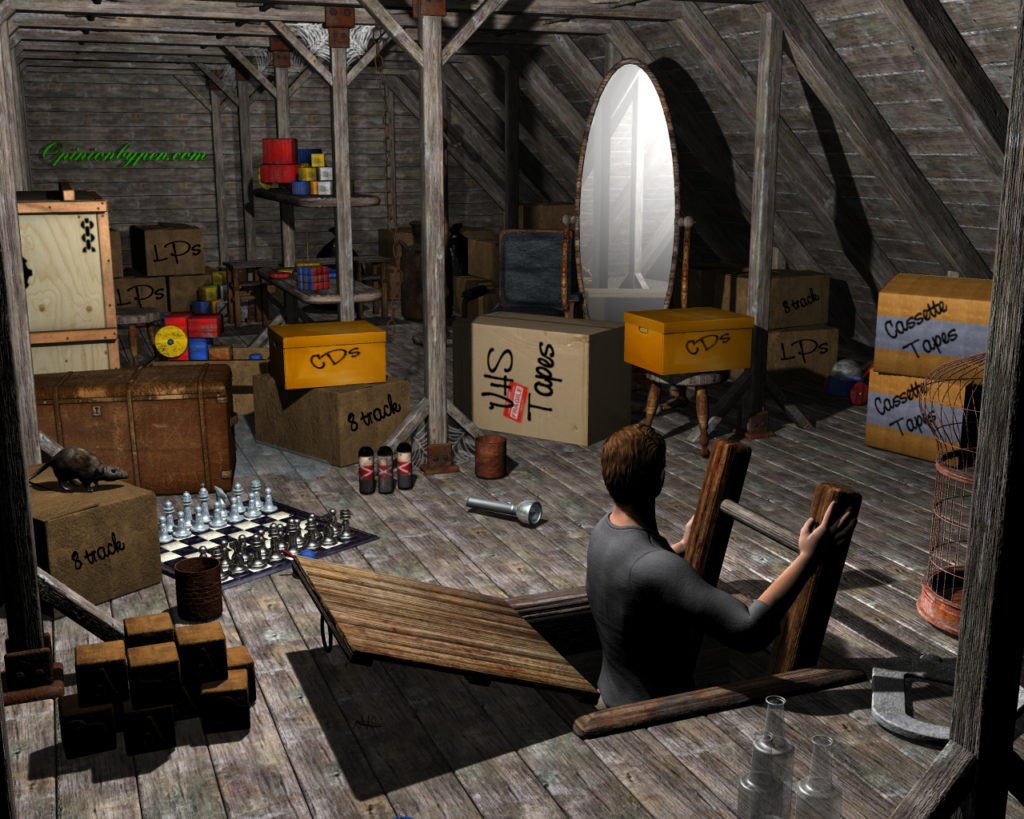 The Demise of the PC, Where I Blame Everbody
Customer Retention, A Forgotten Concept Or Counting On Our Laziness
Outsourcing Our Mind To Gadgets, The Sad Case For Humanity
Is Windows 10 So Bad I Should Consider Using Linux?