Windows 10, Microsoft Doesn’t Get It 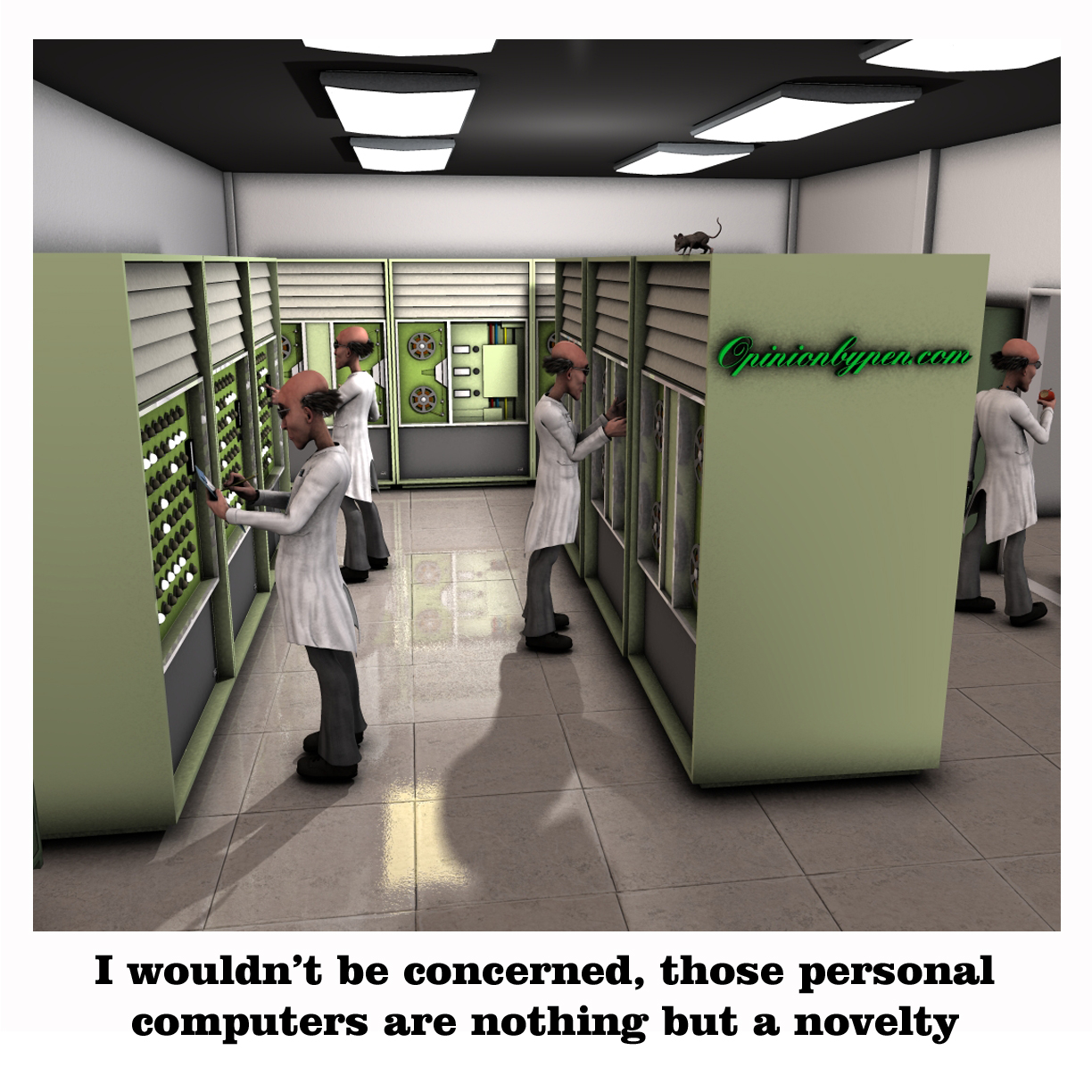 Have you ever been listening to someone and thought to yourself, “they just don’t get it.” No, I wasn’t talking about our politicians. Although given their actions over the last few year, it’s obvious that they don’t get it either.  Instead I was talking about some of our leading industries and the decisions they made. Let me give you an example.

When I started my career as an engineer, I was hired for my expertise with microprocessors. Personal computers existed but most companies were still using mainframes and mine was no exception. When I brought my personal computer in, I become the first engineer in my company to have a computer on his desk.  When I had to justify my actions, I used available software as an excuse by pointing out our mainframe didn’t even have  spreadsheets software. I was later told by the mainframe factory rep that spreadsheets had no place in a serious business.

It was harder for him to say that six months later when I had to take training on their new spreadsheet software. It did do spreadsheets but the user interface was still tied to the mainframe way of thinking. By then another engineer had brought his Mac in so he could do his reports and calculations and my companies battle against personal computers was lost. Apparently other companies were doing the same, most of the mainframe companies quietly moved into history. Anyone remember DEC? They simply did not understand the forces driving their industry.

Think about the decisions Detroit made. Several years ago, before we had to bail them out, they seemed to be clueless about what we wanted. At one time, before someone mistook my trunk for a parking space, I used to drive a Saturn. Four cylinders, great mileage and great quality because the people building the car took pride in it. When I was forced to look for a replacement, I was told I really needed six cylinders and the new Saturns were being built out of the main plant, like all the other cars.

Since I was positive I wanted a four cylinder with high MPG, I was happy to discover that Honda would sell me a four cylinder car with great mileage and great quality. I wasn’t surprised at all when they quit making Saturns. I guess I wasn’t the only one that didn’t buy a Saturn. Detroit didn’t get it.

This phenomena isn’t limited to an industry, think about Starwars. George Lucas admitted he didn’t understand why people enjoyed Starwars. Considering the last three Starwars movies, I have to agree with him. You might be the acknowledged master in your field but it doesn’t mean you understand why you’re a success.

I mention that because after trying out the Technical Preview for Windows 10, I honestly don’t think Microsoft gets it either. I know I’m not their target user. The best I can say about Windows 10 is that it’s better than Windows 8.1. It’s still a step backwards from Windows 7.

People are always pointing to the numbers for Windows 8.1 users and saying more and more people are starting to it. I’m doing a lot more traveling than I used to and when I started looking for a new laptop, I realized my major reluctance was Windows 8.1. Despair drove so far as to consider Apple for my next laptop. I know you can still find Windows 7 computers out there but very few of them incorporating the latest in technology.

On the face of it, Windows 8.1 isn’t that different from Android. The icons are rectangular and represent active apps but you can achieve much the same thing with Widgets. The difference is only in the Windows 7 capability that Microsoft seems ashamed of. Hit enough buttons and sooner or later you’re back to a Windows 7 interface, annoying but possible.

Just like Detroit was telling me I needed six cylinders, Microsoft is trying to tell me that I need the same interface for my computer, tablet and phone. Really? I use all three of them differently. I expect different performance from all three of them. Why does the interface need to be the same? Is Microsoft hinting that I’m too stupid to cope with the difference?

The idea of Windows 10 was exciting. I was hoping that Microsoft would admit Windows 8 was a mistake, cover it with kitty litter and move on. Alas, my vision of Windows 10 is not to be.

Windows 10 does makes it slightly easier to get back to the Windows 7 environment but Microsoft had to add their own twist. When I wanted to execute a system command I first had to do a search for the command. Since the search function also searches the Internet, I suspect this is an attempt to bolster the usage stats of Bing.

Microsoft, if I’m going to upgrade my operating system, the operating system should improve my computing experience not make it harder. If you only do Internet browsing and Facebook, Windows 8.1 is not bad.  Windows 10 may or may not be an improvement for tablet users. On a desktop computer, Windows 10 is an improvement over Windows 8 but it’s still a step backwards from Windows 7.

At one time I thought that Microsoft’s marketing plan was to force the computer manufacturers to sell their systems with an inferior operating system for a few years and then sell an upgrade. Certainly that was the Vista story and Windows 10 seemed to be following the same plan. Then Microsoft announced they would be giving free upgrades to any Windows 7 or Windows 8 users, even the ones with pirated copies.

Maybe Microsoft does get part of the message. They’ve seen the income generated by Apple’s app store and Google’s play store. They want to capture a piece of this market for themselves. If people don’t want to buy an upgrade then give it to them. It’s too bad for Microsoft that I already have an Android phone and an iPad for comparison. My quandary is that Windows 10 doesn’t do anything better than Windows 7. Even if it’s free, why would I want to upgrade?

The curse of being a rational adult is that sometimes you question your own judgment. Maybe I’m the one that doesn’t get it, clinging to the mainframe days of old and Windows 10 is a revolutionary operating system. What’s your opinion?

Cooped Up With An Engineer For A While? Maybe This Will Help.
How Do I Know If an Engineer Loves Me
Time, A Perspective and An Apology
The Overly Contemplative Writer’s Dilemma, How Do I Spend My Time?