How to Argue With an Engineer and Feel Like You Won 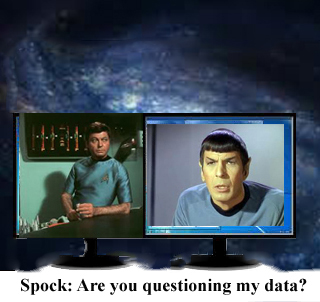 If there is an engineer in your life you probably know just how frustrating an argument can be. Even when you have conclusively proved your case and maybe even gotten them to agree with you, you have a feeling that they only agreed with you to shut you up. You know, you’re probably right.

Engineers are used to being right. They deal in facts, details and logic. Every time they do a design they are expected to back their design up with cold facts and math. In a good design environment, this is mandatory. Their entire career has been a training ground for that argument you just had.

There are arguments that the engineer will not deign to engage in. If the argument cannot be proven in logic then the outcome is a matter of personal preference and there is no status to be gained in winning or losing the argument. Frightening as it may be, this is actually the way we look at what you consider an argument.

In the interest of trying to make life a little more interesting for your engineer, I’m going to let you into a few secret strategies. Proper use of these techniques still won’t allow you to win every argument but it will give you a new feeling of confidence when you do engage.

Don’t attack the logic being utilized. This is the engineers equivalent of an opinion and you can’t change that. Challenge the data and how it was obtained. For example, if the argument is about the relative cost of heating between gas and electricity, ask for details on how the cost factors were arrived at. Was an averaged contract considered? Did the data incorporate possible incentives for switching providers? Is the data averaged or seasonal? A few questions like this and you might even manage to subvert the entire argument into a discussion while gaining the respect of the engineer by thinking past the obvious details.

Examine the data and what it represents. If the engineer is unwise enough to actually use numbers, they will often be rounded to a 5 or 0. This is always a mistake, the engineer already knows that numbers only have a one in five chance of ending in a zero or a five. Just this one little chink in the data is often enough to cause doubt.

If you sense you are losing and want to save your dignity, accept their side of the argument as possibly correct but tell them that you need to do some post processing on the data before you can accept it as fact. Post processing is a great term because it means that you want to consider the argument on its own merits. This stops the engineer short, they have nowhere to go with the argument until you’ve done your post processing.

OK, the argument has turned nasty, you know you’re losing. Time to reach into the bag of really dirty tricks, you have to take this to the one place the engineer can’t go. Take logic completely out of the equation. Once you bring personal preference or emotion into an argument the engineer is powerless. These are not based on data. Somewhere at a lower level the engineer struggles to believe these relate to a form of logic he just doesn’t understand.

This is also why you didn’t attack their logic. Even though he’s not sure, the engineer is trained to follow the same rules. If he doesn’t understand your logic, the engineer will almost always stand down. Just think about all the arguments McCoy won against Spock, logic almost always came last.

You still won’t win them all but your engineer will know he’s been in an argument .

SEO, How You Got Here Without Intending To
Why Did Amazon Kill Amazon Explore? It Was Becoming Great.
Reliability, Warranty and Why Nothing Lasts As Long As It Used To
The Pleasure of Finding Things Out by Richard Feynman, Too Enjoyable?